Clowns in the concerts 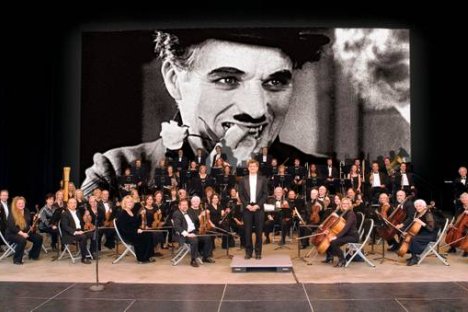 Circus performers don't limit themselves to specific venues - they often show off their talent in unexpected places.

The culture of clowns in Las Vegas goes beyond the circus ring.

Occasionally comedians from the former Soviet Union can be found conducting one of the city’s symphony orchestras. Last June, Taras Krysa, conductor of the symphony in the city of Henderson, which is located on the outskirts of Sin City, appeared dressed as silent film legend Charlie Chaplin. The occasion? The musicians were playing the score from Chaplin’s film “City Lights.” Kyrsa may have picked up his fake mustache at the store down the street, but his extraordinary music talent comes from the Ukraine – like the many of the talented performers on the Strip.

The relationship between circus, clowns and music is close. Classical circus typically features musicians who play throughout the show, especially while the clowns perform. Today, orchestras across America are combining circus performances with live symphonies. This trend may be best represented by Cirque de la Symphonie, a circus troupe that travels from city to city performing to classical music played by local orchestras.

But for his orchestra, Krysa decided a silent movie evening with Chaplin would be a better fit. Chaplin is unofficially one of the most popular comedians, historically speaking, among Moscow Circus performers. In addition to being a comedian, the famed actor was a composer of music. Now heading into the 2011-2012 season, Krysa is already planning for his next silent film evening. Perhaps it will be with another clown in the background, and maybe even another Chaplin flick. In Vegas, you just never know what’s going to happen.

circus Blogs Clowns in the Desert