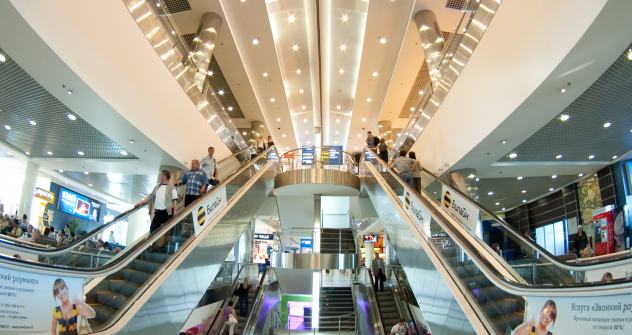 The enlargement of one of Moscow’s major international airports to the south and east will rival the city’s planned expansion to the southwest.

The company that runs Moscow’s only private airport, Domodedovo, announced an ambitious 10-year development plan last month that would effectively result in the rise of a new city on Moscow’s Southern outskirts. The plans of private company East Line — which include a third runway, a revamped landing apron and expanded terminal facilities — are grounded in a general development concept that the airport management began working on in the late 1990s.

What is an Aerotropolis?

Television shows and science fiction literature from the 1960s envisaged people moving from place to place in flying cars and living in modular capsules, but the concept of an “aerotropolis,” an airport city, is somewhat different. The aerotropolis, which was developed by American academic John Kasarda, is defined as an urban form that has an airport as its center, in the same way a metropolis has a central city core. Like a metropolis, an aerotroplis has commuters who come into the central core, but do not live there. Around the center are businesses that rely on the core — in this case, the airport — for their livelihood. Some examples are hotels, logistics centers and retail facilities. While these types of industries organically arise around an airport, they often result in bottlenecks. A planned aerotropolis can alleviate these problems by constructing appropriate transportation options and zoning areas for certain businesses.

Dmitry Kamenshchik, chairman of the airport’s board of directors, said Domodedovo forms the kernel of a “synergistic conurbation” of commercial development that could stretch up to 12 miles from the airport itself. A nine-year project to upgrade the airport’s first runway, due to be fully completed this fall, has already made Domodedovo the first Russian airport certified to receive the Airbus A380, and work on a third runway is set to begin in the first quarter of 2012. Also next year, construction will start on a five-year, $807 million renovation of the airport apron, the area where aircraft park for loading and refueling, in a bid to increase the number of parking spaces for aircraft. The grandiose plan has firm backing from both federal and regional governments, said Kamenshchik at a press conference. “None of this would be possible without the support of all kinds of government departments and ministries,” Kamenshchik said. “Are we happy with our relationship with the federal government? Yes, we are.” But he ducked a question about the details of collaboration with the state, saying only: “We think this is a great benefit to the region and the country, and so we think the government would like it.” Domodedovo’s relationship with the authorities has been strained by a collapse of services during ice storms last December and perceived security failings leading up to a suicide bomb attack there in January. In July, an investigative committee said it had failed in an effort to establish who actually owns the airport. The committee said Kamenshchik is listed as the 100 percent beneficiary owner of the company, but it refused to disclose whether there had been any ownership changes since the airport rescinded its initial public offering proposal in May. Domodedovo is operated by East Line Group, which is in turn owned by FML Limited, which is registered in the Isle of Man. But “DME Limited” is the official face of Domodedovo and the company listed on the I.P.O. attempt.FinancingDocuments recently distributed by the company show that the airport’s construction projects are expected to cost $3.9 billion — while privately funded “development” projects including the hotel and the cargo village will require $420.5 million.

dec. 4, 2010 • Dagestan Airlines Flight 372 from Moscow to Makhachkala made an emergency landing at Domodedovo, skidding off the runway and killing two.dec. 25, 2010 • Freezing rain damaged two power lines running to Domodedovo airport, causing a complete blackout and leading to major delays and cancellations.jan. 24, 2011 • A suicide bomber detonated herself at the international arrivals hall, killing 36 Russians and foreign citizens and injuring more than 130.

Contributions from the federal and regional governments will include a new link to the fourth ring road and improvements to the existing rail link so that trains will be able to run every 15 minutes, rather than every half hour, as they do now. “We have four sources of investment — ourselves, the federal government, the regional government and private investors,” Kamenshchik said. “Together, these sources give us enough money to cover all our projects over the next 10 years.” The airport group itself is set to invest $3.4 billion of its own funds in upgrades by 2020, according to Kamenshchik. But he said the airport has no current plans to raise funds by selling stock in the airport, and that the situation has not changed. Kamenshchik told reporters that the land Domodedovo planned to build on was either federally owned or belonged to a company incorporated by the airport itself, meaning that there would be “no ownership disputes. “There are no residential homes in this area, so I see no problems connected with relocating,” he said. Plans to build a new runway at state-owned Sheremetyevo Airport, north of the city, ran into controversy earlier this month after facing opposition by local residents.A New City?The plans to expand Domodedovo have no direct link to earlier announced proposals to dramatically expand Moscow to the south and east. Kasarda said the project could generate up to a million jobs, but gave no source for the estimate. Dmitry Gurodetsky, head of the Domodedovo administrative district, said the airport already accounts for about 30,000 jobs in the area. But while admitting that residents might face some “inconvenience” from expansion, he brushed aside questions about the impact on local residents to concentrate on what he called the “benefits,” including jobs, higher-than-average wages and a thriving business area.

Originally published at The Moscow Times.