Design with a capital D

Culture
Russia Beyond the Headlines
RBTH 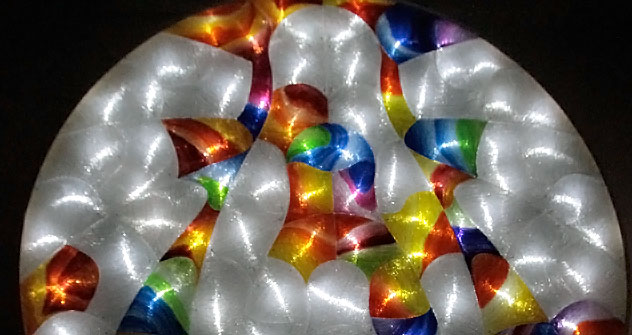 Moscow Design Week, organized by Art Trading Group for the first time last year, proved so successful that it returned to the Russian capital in the middle of October. This year's design week was attended by enthusiasts from many different branches and manifestations of design, eager to attend the various exhibitions, lectures, workshops and master-classes that appeared on the jam-packed schedule.

The events of the week provided a good place for foreign guests to meet and mingle with a Russian audience, and for Russian students, designers and architects to receive new inspiration to create at the international level. According to Alexander Fedotov, President of the Organizing Committee of Moscow Design Week 2011, design is freedom of self-expression and demonstrating individual views; design is unlimited as a space universe, without West and East or, height and depth.

The Russian market requires a particular approach, as the constantly changing lifestyle of Russian people, the current social trends within the country, and the historical and cultural identity of Russia must be taken into account. The organizers of Moscow Design Week hoped to take all these things into account when creating the program for the event. Below are some highlights of the week:

One of the figures who influence could be felt during Moscow Design Week was Alexander Rodchenko, a founding father of constructivism and the Russian avant-garde known for his industrial and graphic design. The famous photographer and artist was born 120 years ago, and several poster exhibitions were set up to celebrate the anniversary of his birth. First and foremost this was an expression of appreciation and respect to Rodchenko; but it also initiated an interesting creative dialogue between Russia’s leading contemporary designers and one of the founders of Russian design. The project was organized in conjunction with the vice president of the Academy of Graphic Design, Sergei Serov.

The work of twin sisters Sasha and Dasha is a good illustration of the incredibly high caliber of the young generation of designers working in Russia today. In some of their designs, the twins make use of maps and plans of the world’s capital cities; so, for example, one of their exhibits was a vase with a design inspired by a map of Moscow’s road systems and a map showing the districts of Paris. They had also used of a plan of Copenhagen’s underground transport system as the basis for a striking table top.

One of the main attractions at this year’s Moscow Design Week was the Dutch designer Li Edelkoort, who agreed to come to Russia for the first time. She is widely acknowledged as the founder of the trend-forecasting business. This woman predicts the trends and fashions of the future down to the nearest detail, and she is able to pinpoint what consumers in a given society will want to spend their money on in seasons to come. As part of Moscow Design Week 2011, Li Edelkoort gave a presentation titled “Organic Dwelling: Biomimicry in Design & Architecture.” Edelkoort believes that the relationship between humans and the natural world will need to be in symbiosis if we intend to survive as a species, and by learning lessons from nature, we will be able to mimic its evolved forms, its mastered techniques and benefit from its proven knowledge. Animals construct their architecture based on their lifestyles, affected by geographic and climatic influences, and inspired by locally-available materials and perfected innate skills. And people should do the same. The chair was chosen as a textural and tactile structure from which to investigate the architectural themes of the exhibition. Ten designers from different countries have taken part in this project. The items are displayed alongside nature films by the world-renowned british documentary-maker David Attenborough. The exhibition also includes a multimedia showing how the work of architects can be inspired by the design and construction techniques of animals and nature.

Li Edelkoort's ideas are reflected in a particular way in the works of the German designer Luigi Colani. He was the first one who applied the term "biodynamic" to industrial design. "Nature is creator of ideal solutions. If you feel flying idea inside your studio, you should search its real form outside, because many thousands years ago Nature knows about everything we have just started to think," he explained. At Moscow Design Week 2011, Luigi Colani presented the exhibition Bio Design Codex.

"Design Superheroes" is a compilation of installations made by German designer Ingo Maurer, Italian designer Jacopo Foggini andIsraeli design expert Ron Gilad, who lives in New York. Each one of these works are eye-catching and thought-provoking, combining both visual and philosophical elements. But the work that seemed to have particular resonance with the Russian audience was a stained-glass window, made by Foggini, and there was a good reason for this -- a Russian doll was the principle image of the glass installation. In its style, the artwork is reminiscent of the window in a gothic cathedral, and, in the opinion of its creator, this lends the work a certain sense of spirituality.

Moleskine, the famous manufacturer of notebooks and diaries, gave presentations on a slightly more practical branch of design. Pens, pencils, bags, reading glasses, and bookends from the three new collections were exhibited in sealed glass vessels, which seemed very apt for the setting of the exhibition, which was held in the building of a former winery.

Moleskine - Spirit in the bottle

Thanks to his charisma and indisputable sense of authority, Giulio Cappellini from Milan was able to bring seven competing Italian factories together and persuade them to exhibit items from their collections at an exhibition called "Made in Italy." The unifying feature of this exhibition was the color red. “I tried to create a very simple, but happy space, especially in order to underline the beauty of presented objects," said Cappellini.

Giulio Cappellini - Made in Italy

A total of 60 designers took part in the Moscow Design Week 2011, and around 30 projects were exhibited across 12 different points in the Russian capital.