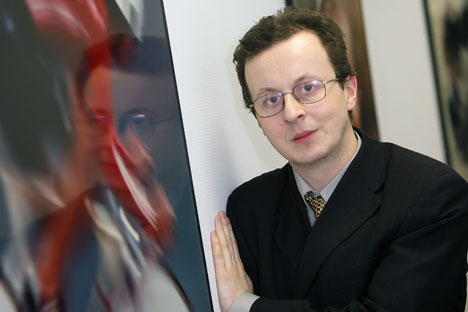 Prime Minister Vladimir Putin’s recent article in Russian daily “Izvestia” calling for the creation of a new, more integrated union of mostly post-Soviet states – the Eurasian Union – has already been widely discussed in the Russian press. Russian authors, with various degrees of loyalty or criticism have discussed it for what it is – the umpteenth attempt since the early 1990s to create a solid base for cooperation between countries that share between 150 and 1,000 years of common history.

So, for a change, let’s assess the proposal for what it is not, but what Western journalists and politicians persistently claim it to be: the creation of a mechanism by which Russia will rebuild the Soviet Union and start a multi-pronged advance into Central Europe, the Middle East or towards the Indian Ocean. The view that Russia wants to recreate an empire is so firmly entrenched in the minds of American and European Russia-watchers that the words of the Russian leaders, especially Putin, on post-Soviet integration are almost never taken at face value. They are almost always subjected to some conspiratorial “translation,” usually very much like the one offered by the Estonian Defense Minister Mart Laar, who recently revealed in an interview to the Delfi news agency that he expected a Russian armored attack against Estonia and a subsequent NATO-Russia armageddon “every night.” A few years ago, Laar, who was at the time the Estonian prime minister, spoke at a Russia-NATO conference where he offered Americans and Western Europeans his services as an interpreter of “Russia’s true intentions” every time Russia sent a message to the United States or the EU. Not surprisingly, the Russian delegation at the conference went to great lengths to emphasize that Mr. Laar’s services were not needed. There are many similar “interpreters,” however, who are still in high demand and who never admit that sometimes a proposal for post-Soviet integration is… well, just a proposal for post-Soviet integration and not an existential threat to humanity.

In his article, Putin stresses that none of the projects suggested in the text entails the revival of the Soviet Union. This note was taken rather ironically, in the rare times it was mentioned, by Western commentators on the idea. But even if Western observers are unwilling to take Putin’s words at face value, a look at his actions during his presidency, and even more so during his years as prime minister under President Dmitry Medvedev, shows that Putin actually dismantled the remnants of the Soviet model in Russia’s interaction with the former Soviet republics.

Under Putin, Russia stopped being viewed as “the common home” of post-Soviet nations, a view still widespread in the 1990s. After the adoption of a tough citizenship law in 2002, labor migrants, young people coming to Russia to study and people moving permanently to Russia from the former Soviet republics do so on the same legal grounds as people from anywhere else in the world.

Under Putin, Russia stopped subsidizing gas exports to its former Soviet neighbors, very much like Boris Yeltsin and Mikhail Gorbachev stopped subsidizing exports to East Germany and Cuba 10-15 years earlier. Energy relations between Russia and Belarus, Russia and Ukraine, as well as other new independent states, are now negotiated based on economic considerations. The language of “eternal friendship” and “brotherhood” was separated from business deals. This was something Russian liberals like Yegor Gaidar and their Western colleagues had pushed for – unsuccessfully – under Yeltsin.

And under the Putin-Medvedev “tandem,” Russia stopped responding to calls for military assistance from the former Soviet republics. When Kyrgyzstan, rocked by ethnic conflict, appealed for Russian intervention in 2010 to quell ethnic violence in the city of Osh, Russian troops never left their barracks. In the Russian-Georgian war in South Ossetia in 2008, Russia was protecting its citizens (90 percent of the Ossetians inside Georgia have Russian citizenship). This is a practice quite different from the Soviet era, when Soviet troops intervened in Afghanistan or Angola in the interests of the state, leaving Soviet citizens in much closer locations to their own devices.

In his article, Putin also stresses that his Eurasian Union is intended to be a part of European integration, not an alternative to it. “The Eurasian Union will be based on universal integration principles as an essential part of Greater Europe… we proposed setting up a harmonized community of economies stretching from Lisbon to Vladivostok,” Putin wrote.

A Russian trick? A KGB hoax? A utopia? These were the most common interpretations of Putin’s words by Western analysts, accompanied by familiar diatribes on Russian isolationism, “energy imperialism” and “oligarchic greed.” And yet, if this is really Russia’s goal, why, then, is “isolationist” Moscow and not “softly forceful” Brussels proposing a visa-free regime between Russia and the EU? Just one more example of actions speaking louder than words.

Dmitry Babich is a political commentator for RIA Novosti.