A tale of ‘good and evil, truth and lies’ 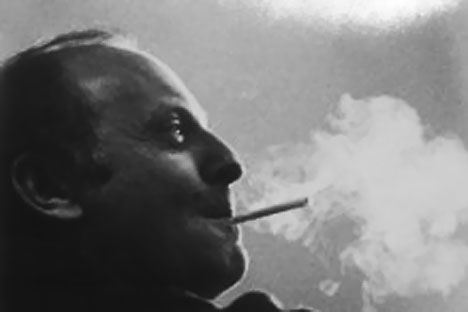 A new film based on Joseph Brodsky’s philosophical poem Gorbunov and Gorchakov has been screened in London.

Joseph Brodsky’s 1970 poem Gorbunov and Gorchakov , which is based on the poet’s experience of being placed in a Soviet psychiatric hospital, has been reimagined as an art-house movie, Conversation in the Face of Silence , which opened in London last week.

Brodsky’s poetry was denounced by a Leningrad newspaper as anti-Soviet in 1962, and he was twice put in a psychiatric hospital before being arrested. He eventually emigrated from Russia in 1972 and did not return before his death in 1996.

The subtle, philosophical poem, which is built entirely on direct speech, captured the heart of the film’s lead actor, Yuri Korenev. He learned the words over a period of seven years, before suggesting that producer Vladimir Makarikhin make it into a film. “He got so deeply into the roles that when he came to me one day and said, ‘Let’s shoot it,’ I realised that I absolutely had to do it,” says Makarikhin.

The idea then emerged of making one actor (Korenev) play both the Gorbunov and Gorchakov characters at the same time.

“Despite being written more than 40 years ago, it’s a very contemporary work, because the sufferings of the soul are timeless,” Makarikhin adds.

The film’s co-producer,  Alexandra Ravenskikh, explains the themes behind the screen adaptation. “It is an attempt to combine three unique worlds: poetry, the stage and cinema – worlds with the capacity for confession, preaching and teaching,” she says.

“This poetic mystery about the soul of a contemporary person speaks about the most important things: about good and evil, about truth and lies, about beauty and ugliness.It’s about how to keep your despair in check in the face of cruelty and betrayal.”

It was, of course, a very bold undertaking. “To make a poetic work into a film is not easy in itself, but to make  the metaphors built into Brodsky’s text is a very difficult thing,” Makarikhin  admits.

Pavel Markelov’s soundtrack is a core element in the film. “The symphonic music integrates with the film in a very organic way,” says Makarikhin. “The themes that suddenly emerged in Pavel Markelov’s music fitted with Brodsky’s poetry very well.”

The film will air soon on Russian central television, but the British public had one of the first opportunities to see it last week. The screening, at Pushkin House in London, where Brodsky is remembered and honoured, was organised by Valentina Polukhina, one of Brodsky’s closest friends and a researcher into his work.