No pain, no gain in times of crisis 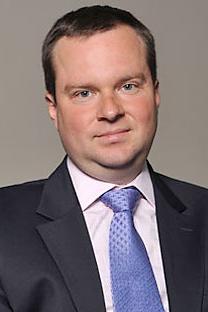 The question of Brics (Brazil, Russia, India, China and South Africa) countries, in particular Russia, offering Europe salvation evokes historical parallels. Among others, we are reminded of how Emperor Nicholas I’s troops rescued the Austrian Empire from popular uprisings in 1848/49. It seemed then that Russia was, in the words of the Emperor, “the most powerful country in the world”, just as it had been in 1814, when Russian troops entered Paris.

But even then, Russia’s military strength concealed the urgent need for modernising its economy, which only occurred a full seven years later in the aftermath of the Crimean War. The Crimean campaign revealed that behind the brilliant façade was an economy that, overall, could not match up to those of Britain and France.

A somewhat similar façade exists today. The country has almost no external debt, falling inflation, a decent rate of economic growth, a balanced state budget, current account surplus, and huge international reserves. But just as almost 200 years ago, all of this conceals the same urgent need for modernising Russia in nearly every area of life. However, in contrast to Emperor Nicholas I, our current leaders, Prime Minister Vladimir Putin and President Dmitry Medvedev, speak openly about it.

So then, can Russia help Europe? Yes, but not so much with money. Yes, the Brics have astronomical foreign exchange reserves, which can, and probably should be invested in Eurozone bonds – if those appear, after all. But Russia’s experience during the second half of the Nineties shows that foreign financial aid reduces the incentive for tough reforms, generates hope that all problems will resolve themselves and, most importantly, only makes the inevitable decline more difficult. Herein lies the answer to the question of what countries like Russia can do to help Eurozone nations. It can offer the benefit of its experience.

In Russia in 1998, it had long been hoped that foreign financial aid would somehow solve all the problems, but that didn’t happen, and in August of that year the government defaulted. After that, it became clear that there was no one else to depend on. Tough financial reforms were carried out, backbreaking social obligations were scaled back and, in general, the country finally realised that it had to roll up its sleeves and get to work.

It was against this background that a political consolidation of society took place, which allowed the reform process to continue. As a result, Russia had its highest period of growth for almost 40 years, which was only partially – and only in the later years – the result of high oil prices.

Russia’s experience showed that in times of financial crisis there is no alternative to painful reforms – and no one can save you from that.

Alexei Moisseev is head of macroeconomic analysis at VTB Capital.