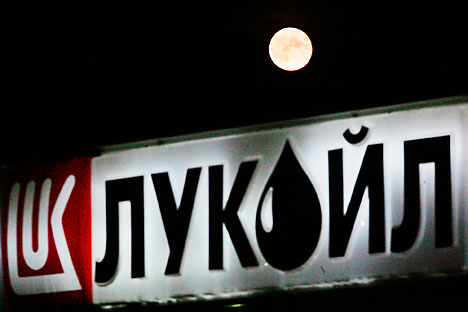 Russia's Lukoil is one of the world's biggest vertically integrated companies for the production of crude oil and gas as well as refining them into petroleum products and petrochemicals. The company is a leader on both Russian and international markets in its core business, and its key mission is to harness natural energy resources for human benefit. The company also supports long-term economic growth, social stability, prosperity and progress in the regions where it operates. Pavel Bogomolov, Government & Public Relations Manager of Lukoil Overseas Ghana Ltd, spoke to Kester Kenn Klomegah of Buziness Africa about the company’s operations of Lukoil in Ghana and its plans to expand business operations to other African countries, such as Cote d'Ivoire and Sierra Leone.

Buziness Africa: What are Lukoil’s priorities in Africa and what is the level of Lukoil company's involvement in the economy of Africa?

Pavel Bogomolov: However modest our priorities may seem at the moment, Lukoil’s current plans for 2011-2012 are strictly focused on the attempt to carry out exploration and subsequently, the appraisal of our 3 offshore blocks in Cote d'Ivoire, 1 block in Ghana and, in the near future, yet another block in Sierra Leone that has been acquired. All this does not exclude the probability of some additional acquisitions of upstream projects in the waters of other West African states. Lukoil Overseas will resume active operations under the CI-205 project as soon as the situation in Cote d'Ivoire subsides.

But, once again, we would draw the attention to the fact that, geographically, Lukoil’s expansion is now still limited to the Gulf of Guinea, although we also demonstrate some interest in those remote opportunities that are on offer in other parts of Africa. Taking the above into account, we would say that the level of our company's involvement in the economy of the region is not so high yet, and quite understandably so.

Usually, it is only after the establishment of some commercial reserves of crude that the oil majors decide on the continuation of their business presence in the corresponding countries. This brings about some increasing volumes of the companies' multi-faceted involvement in the local economy as a whole. Certainly, we have not yet reached such a determining point of our investment program in West Africa so far.

B.A.: What difficulties does Lukoil faces on the continent? Do you think that some government policies pose some problems to the smooth operations of your company in Africa?

P.B.: Until now, the only real difficulty Lukoil has faced on the African continent was the recent constitutional crisis and armed conflict in Cote d'Ivoire. Those lamentable events temporarily paralyzed foreign investment in that country. But otherwise, we do not truly believe that, in general terms, African leadership and government policies pose serious problems to our operations in the region.

B.A.: What kinds of competition do you face from related companies (both local or foreign) in similar oil exploration and extraction, as well as refining spheres in Africa?

P.B.: As regards the refining sector, we would like to specify that, for the time being, Lukoil is not planning any involvement in refining or other spheres of downstream in West Africa. Therefore, it is only upstream activities where your question about competition might sound relevant to us, but only in theory, because in practice, we do not face any true competition from any rivals, local or western.

However, your question might acquire more validity in the future when the waters of the Gulf of Guinea will become a lot more crowded and some controversies about the best possible export schemes and most profitable routes would possibly emerge.

B.A.: In future, would LUKOIL like to redefine or diversify its priorities there? And in what directions?

P.B.: Such a redefinition or diversification of our priorities, although not guaranteed 100 percent, might hypothetically happen as a result of our appraisal program offshore. And, of course, these steps would not be made unilaterally, but together with our partners including such national petroleum companies as GNPC and PETROCI, as well as the American shareholder of some of our joint projects, Vanco. Lukoil’s senior management has emphasized on more than one occasion that, if the quantity of the reserves to be evaluated on our blocks proves to be sufficient for their industrial development and exports, some intensifying and broadening of this regional program would become likely to consider.

B.A.: What additional useful information would you like to give to policy makers, politicians and oil business executives in Africa?

P.B.: We believe that, apart from our direct investment (which in Ghana alone had already totaled $200 million dollars), there are also some additional advantages of a dialogue with Lukoil. Such benefits are worth appreciation and use by African policy makers and business people. This is all primarily about Lukoil’s high professional and ethical stance in the national and global entrepreneurial community.

Indeed, our energy giant, while celebrating its 20th anniversary this year, attributes a huge deal of importance to the so-called "oil diplomacy" in the best sense of this formula. It is precisely Lukoil that gives Africans the widest access and introduction to the modern business world of Russia. For instance, last year our company became the organizer, sponsor and the key partner to the biggest-ever African public gathering at Moscow's Radisson Hotel where the first Russia-African Inter-parliamentary and Business forum were successfully held.

Equally, it is Lukoil who presents African arts, including the brilliant Noyam folkloric dance ensemble, to our fellow-citizens. We are also launching a highly promising program of multi-year bachelor & master degree studies for competitively selected Ghanaian students at the Moscow State University of Oil and Gas in such faculties as petroleum geology, field development, etc.

The advantage of this program is that Lukoil will take care of their pre-diploma practice on the Russian oilfields and, after that, their post-university employment with Lukoil’s West African projects.

Next year, probably, we might be able to share our vision of certain directives for our humanitarian cooperation in some other countries of the Gulf of Guinea area, for example, Sierra Leone. And, finally, Lukoil uses every single opportunity to take African colleagues to our oil rigs in the Caspian Sea for their acquaintance with our "zero-contamination" technologies. While judging all these you will unavoidably come to the conclusion that the pioneer of the Russian vertically-integrated petroleum business really contributes to this starting period of Russian-African "cooperation's renaissance" somewhat more than just project investment.

This interview first appeared at BuzinessAfrica.com.