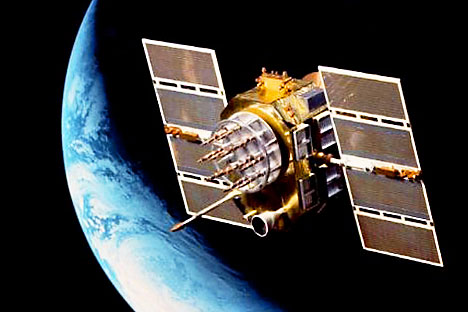 After the loss of several spacecraft this summer, the Russian space industries has announced it will focus on unmanned projects in the cosmos.

In the words of an old Russian proverb, “bad luck often brings good luck.” Indeed, it was bad luck in the form of a whole series of domestic space program failures that convinced the Russian Federal Space Agency (Roskosmos) to make a 180° turn toward unmanned programs.

Earlier this month, Roscosmos General Director Vladimir Popovkin told the State Duma that from now on, the country’s space agency will concentrate on developing satellite constellations and groups in both quantity and quality, with priority given to the expansion of satellite navigation services, remote sensing of Earth surfaces, and communication. The International Space Station, which is a manned program, will have to make way for new trends.

“By 2015, we expect to increase the number of remote sensing satellites from five to 20 spacecraft, bringing the number of GLONASS satellites up from 24 to 30, and Cospas-Sarsat system satellites from 26 to 48,” Popovkin said. According to him, over 37 percent of the Federal Space Program’s funds through 2015 will be spent on developing launch vehicles and upgrading ground infrastructure.

In other words, Russia’s space industry is keen to maximize the financial return on every ruble invested.

According to Popovkin, Russia currently holds just 3 percent of the global market for commercial space services. At the same time, Russia retains a strong position in the commercial launch industry, providing 40 percent of space launches every year. By international standards, Russia’s rates for launch services are very low. It seems the need to fix this discrepancy was what the Roscosmos head had in mind when he informed the members of the State Duma of the space program’s plans to focus on commercial projects.

The Global Navigation Satellite System (GLONASS) has long been a priority for the Russian space industry, both in terms of commercial use and in terms of boosting international cooperation. In about a month, after the GLONASS-M satellite, which was put into orbit in early October, becomes operable, its signal will be fully receivable throughout the world without any restrictions. This satellite completed the formation of the system’s orbit group, which, according to official Roscosmos data, is currently made up of 28 satellites.

The GLONASS system, intended to provide rapid global navigation services for an unlimited number of ground, sea, air and space consumers, was commissioned in 1993. Access to the system’s civil navigation signals is provided to Russian and foreign consumers at any location around the globe, free of charge and without any restrictions.

Less known is another satellite system, Cospas-Sarsat (COSPAS is a Russian acronym for Space System for the Search of Vessels in Distress, and SARSAT, for Search and Rescue Satellite-Aided Tracking). This system is designed for search and rescue for ships, aircraft and on land. Developed at the height of the Cold War, this system was the first active instrument for practical international space cooperation.

The joint creation of the satellite system began in 1982 with Soviet and Western partners. It detects and locates emergency situations via beacons installed on ships and aircraft. The system deploys several satellites placed in near-polar orbit and fitted with radio equipment to detect distress signals transmitted by radio-beacons and retransmit them to ground stations for data collection and processing. According to an intergovernmental agreement, at least two satellites in orbit must be Russian.

The first registered rescue incident took place in Canada on Sept. 10, 1982, while the system was still being calibrated. The Soviet satellite Kosmos-1383 tracked a distress signal sent by a small plane that had crashed in the mountains. The distress signal was retransmitted to a Canadian ground station and three people were rescued.

The system proved to be very efficient. In 1998 alone, 385 rescue operations were performed, which resulted in the rescue of 1,334 people. By the beginning of 2002, over 10,000 people had been rescued using the Cospas-Sarpat system.

But Russia’s unmanned programs are not limited to near-earth orbits. In mid-October, Igor Mitrofanov, head of the Space Gamma Spectroscopy Laboratory at the Russian Academy of Sciences' Space Research Institute, said that Russian scientists have selected possible landing locations for the unmanned Luna-Glob spacecraft. The lunar project, run by the Lavochkin Scientific-Production Association, is designed to find water on the moon. The launch is scheduled for 2014.

Mitrofanov said six possible landing locations have been selected, including three near the North Pole and three near the South Pole. “We were guided by four criteria: flat ground, sufficient duration of sunlight, radio visibility from Earth and good opportunities for research,” he said, adding that, among other things, Russian scientists also used data collected by the United States’ Lunar Reconnaissance Orbiter (LRO). This brings the name of John F. Kennedy to mind. Despite the political standoff between the two countries in the early 1960s, the U.S. president proposed joint efforts on the lunar program. It seems that now is the right time to accept that proposal.