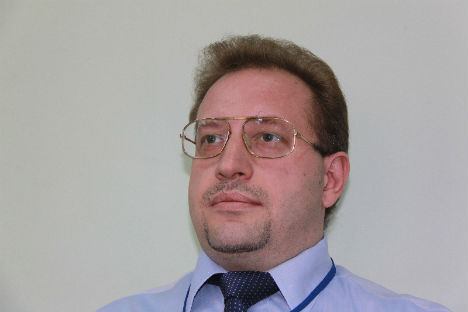 With both New Delhi and Moscow easing visa procedures, the two-way flow of tourists and businessmen is set for a perceptible surge. On the eve of the tourist season in India, Vasily Pronin, Head of the Consular Division of the Russian Embassy in New Delhi, speaks to RIA Novosti about India’s new visa regulations and the dos and don’ts for Russian tourists in India.

The tourist season in India traditionally starts on November 1. Moscow and New Delhi recently agreed to simplify visa regulations. How will these regulations change, and for whom?

Indeed, there are some changes in the making, and not just for tourists. During Russian President Dmitry Medvedev’s visit to India in December 2010, an agreement was signed to simplify visa regulations for certain categories of travellers. This can be of particular interest to businessmen. So, the new rules envisage business visas that are valid for up to five years. Previously, businessmen could get one-year multi-entry visas at best.

The agreement also enables the two countries’ chambers of trade and commerce to directly contact their respective embassies asking for visa support. Before that, businessmen had to receive visa invitations at the federal migration service, where documents take up to 21 days to process. But now, the Chamber of Trade and Commerce of the Russian Federation can ask us directly to issue visas to Indian businessmen who can receive them within 1-2 days. It is very convenient for businessmen who often need to solve urgent problems quickly.

I would like to stress that it is not just about businessmen: the agreement also provides for simplified visa regulations for those travelling on cultural or student exchange programmes, school and other educational programmes, cooperation programmes between Russian and Indian sister cities, and Indian states and constituent entities of the Russian Federation.

India has already completed all its preparations for this agreement to take effect. In Russia, this document has already been ratified by the State Duma and passed on to the Presidential Administration. We expect it to come into force before December.

Tourists stand to gain most, especially now when the tourist season is about to start.  What awaits them?

As our Indian colleagues told us, the Indian authorities want to have more tourists from Russia and plan to introduce additional visa simplification measures for tourists…

More good news for Russian tourists: India has recently resumed its practice of issuing 6-month tourists visas for Russian travellers, which had been annulled several years ago.

At the same time, the Indian authorities are taking measures to strengthen control over foreigners staying in the country. For example, an electronic file is being opened for each tourist as soon as he or she applies for a visa, where their having applied is registered, as well as the issuance of the visa, data from the migration services on his or her entry and other relevant information. If a tourist gets in trouble with the police, this will be noted, too. Similar measures also apply in other countries, including in Russia.

Will more Russian tourists be coming to India now?

The flow of Russian tourists to India is increasing by the year. We normally count tourists by the tourist season, not by the year. During the last tourist season, from November 2010 to April 2011, 65,000 Russians visited India. This year, we expect over 80,000, according to preliminary estimates.

It is also very important that this is a reciprocal process as the number of Indian tourists coming to Russia also rises every year. Despite comparatively low numbers, growth is impressive still: some 5,100 Indian tourists visited Russia last year, and Russian consular services in India issued 5,400 tourist visas from January to September 2011, and there will be more by the end of the year.

Indians are becoming more interested in foreign travel, including to Russia. And India’s tourist potential is huge, with its middle class estimated at over 100 million people. Many Indian companies send their employees on so-called corporate tours as an encouragement. Such tours to Russia numbering 200-300 people have become common practice already.

At the same time, there are certain problems, including the lack of affordable hotels in Russia. It is also difficult to find vegetarian cuisine in Russian cities, as many Indians are vegetarians. Even spicy Indian food can be a problem, unlike in Western Europe or the US, which have plenty of Indian restaurants. Besides, language is a problem. Many hotel personnel or even guides in Russia do not speak English, to say nothing of Hindi. Were it not for such annoying problems, the number of Indian tourists to Russia would rise sharply.

Tourist companies, both in India and in Russia, are working to solve those problems. Such companies are promoting travel to Russia. And we are getting an overwhelmingly positive response. Popular destinations include Moscow, St Petersburg, the Golden Ring, and there is also interest in ecological tours to places like Lake Baikal and Siberia.

An annual international tourist exhibition will be held in India in February 2012. For the first time, our companies will exhibit together under the aegis of the Russia Federal Agency for Tourism. We hope that after the exhibition, the number of mutually beneficial contacts on the two countries’ tourist markets will rise further.

Going back to Russian tourists, what would you advise Russians travelling to India?

First of all, I would advise them to leave the country before their visas expire. Unfortunately, every year we have this problem when Russian tourists relax and simply “forget” to leave on time. So, two Russian nationals are being held in deportation camps, expecting to be sent back to Russia for violating migration rules. And another six people were released on bail for the period of their court hearings over expired visas.

Meanwhile, violating visa regulations in India can get you up to six years in jail. Normally such perpetrators are sentenced to one year in prison, but this is by no means any fun either. Therefore, Russian tourists should keep a close watch over their documents. This year, in Delhi alone, 34 Russians who lost their documents received our certificates enabling them to return to Russia. Recently, a Russian tourist lost his international passport at an Indian airport even before he went through the customs control. For a moment, his attention was distracted elsewhere, and he had his bag stolen, with all his documents in it. So, he lost his passport before even stepping on the Indian soil.

There are also some funny cases when monkeys in mountains snatch bags away from tourists hoping to find some food. If your passport was in the bag, you are unlikely to see it again. Two or three people report such cases every year, and I suspect the real number is higher. It’s just that some people can be reluctant to admit that their bags were stolen by monkeys.

Also be careful if your visa expired or you have some other problems with your documents if you have you passport stolen or lost. If such things happen, immediately go to the nearest Russian consulate, people there will be ready to help, and they know how to do it.

Be careful, say, in Goa or any other resort town, don’t swim in places with “No swimming” signs. In the Arabian Sea, there are areas with strong coastal currents that can carry a person several kilometres away. One European swimming champion from Russia nearly drowned, I will not name him. He failed to cope with such a strong current, but fortunately he was picked up by an Indian fisherman. Also, don’t swim after drinking alcohol. And last but not the least, follow sanitation requirements: last year, a tourist died after he hurt his leg and did not seek medical attention.