The FSB should open up the Wallenberg files 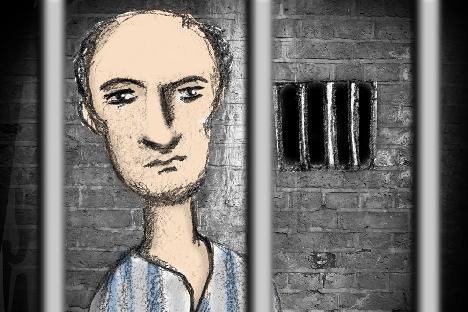 Next year marks the 100th birthday of one of the 20th century’s most admired figures: Raoul Wallenberg, who saved thousands of Jews from Nazi persecution in World War II Hungary only to be swallowed up himself in 1945 by Stalin’s Gulag. Although Soviet leaders claimed in 1957 that Wallenberg had died suddenly in the Lubyanka prison on July 17, 1947, the full circumstances of his fate in Soviet captivity have never been established.

In a recent interview with The Associated Press, the current chief of the Federal Security Service’s registration and archives directorate, Lieutenant General Vasily Khristoforov, emphasized that he, too, considers Wallenberg a hero and that FSB officials are doing everything to uncover more documentation. He strongly denied withholding any information that would shed light on the truth.

Yet it is indisputable that Russian officials for decades chose to mislead not only the general public but also an official Swedish-Russian Working Group that investigated the case from 1991-2001. This group included official Swedish representatives as well as Wallenberg’s brother, Guy von Dardel. Russia did not merely obscure inconsequential details of the case but also failed to provide documentation that goes to the very heart of the Wallenberg inquiry.

Chief among these are copies of the Lubyanka prison register from July 23, 1947. They show that a “Prisoner No. 7” was questioned on that day, six days after Wallenberg’s alleged death. Russian officials have since acknowledged that “Prisoner No. 7” almost certainly was Wallenberg. Researchers have yet to receive a copy of the full page of this Lubyanka interrogation register, in uncensored form, showing the complete list of interrogated prisoners and other details.

Researchers also never received important investigative material about Willy Rödel, Wallenberg’s long-term cellmate in Lefortovo prison from 1945 to 1947. Khristoforov states that none of the preserved statements by Rödel refer to Wallenberg. That may well be true, but researchers should be allowed to confirm that it is.

The mere fact that large parts of Rödel’s file survive raises serious questions about whether similar documentation still exists for other key persons in the case, including Wallenberg. After all, where exactly did Wallenberg’s possessions magically come from after they reappeared in 1989, when Russian officials returned them to his family?

But if Wallenberg’s trail indeed broke off in 1947, why this grand effort at deception?

At the moment, only one answer seems plausible: Both Soviet and later Russian officials did not want to complicate matters, which this information undoubtedly would have. If researchers had learned in 1989 or in 1991, at the start of the working group, that Wallenberg was alive six days after his supposed death on July 17, 1947, then an all-out effort would have followed to uncover the full truth about of his fate.

Khristoforov claims that due to extensive document destruction, the full circumstances of Wallenberg’s fate will never be learned. He argues that based on his experience with similar cases, Wallenberg was most likely “helped to die” (read: executed) “a few days” after July 23, 1947.

He also does not explain why document collections directly connected to the Wallenberg case in Russian intelligence archives are completely inaccessible to researchers. These include important files in the archival collections of the FSB and Foreign Intelligence Service, as well as crucial correspondence records between the security services and the Soviet leadership from the decisive 1945-47 years and beyond.

Most important, Russian officials have never revealed the source of a key document in the Wallenberg case, the so-called Smoltsov note, which was presented in an official statement in February 1957, by Foreign Minister Andrei Gromyko. This note, supposedly authored by the Lubyanka prison doctor, Smoltsov, claimed that Wallenberg died suddenly of a heart attack.

Why do Russian authorities not allow researchers unhindered access to documentation in a case that is 66 years old? Let us conduct an investigation that meets the standards of academic inquiry with original documents presented in uncensored form in their original file contexts — and with research findings independently confirmed by a formal peer review. Only then can we begin to conduct a meaningful evaluation of Wallenberg’s fate.

Vadim Birstein was a member of the first International Commission. Susanne Berger is a historical researcher and independent consultant to the Swedish-Russian Working Group about Raoul Wallenberg’s fate. www.raoul-wallenberg.eu.