Bending the rules is not the way to resolve conflict 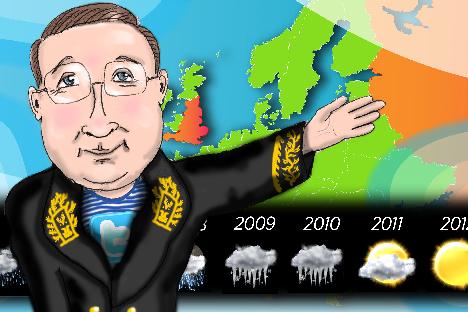 More than 20 years have passed since the end of the Cold War, when Moscow and Washington often negotiated directly with each other. Whenever they failed to agree, the UN was brought in – but back then, that was not much help either.

The world has moved on. These days, the UN is a  central structure for international relations and multilateral co-operation on  an equal-rights basis. It possesses a unique legitimacy and the power to respond appropriately to today’s multitude of risks, challenges and threats. However, just like any other state authority, the UN can only be effective in a certain legal environment – which is why the supremacy of law in international relations is so important.

Unfortunately, in recent years, the international community has had a bitter experience of disregard for the law and the UN’s authority. Take, for instance, the bombings of Belgrade in 1999. The UN Security Council was not even asked to decide on that matter. The OSCE (Organisation for Security and Co-operation in Europe) was also ignored, even though the Helsinki Final Act stipulates non-use of force against its members.

In 2003, on the basis of an UNSCOM (United Nations Special Commission) and IAEA (International Atomic Energy Agency) report, the UN Security Council did not approve the use of force against Iraq. That did not stop the war from being unleashed. Fast forward eight years, and Iraq still is not a quiet place.

The Middle East is now the focus of attention. The international community supports the aspirations of its people to renew their countries and embark on a path of independent, democratic development. Any external support should be based on respect for international law and should contribute to the search for political solutions. Internal conflicts should be resolved peacefully via negotiations with all political forces, communities and ethnic groups involved.

The consensually adopted Resolution 1970 put an embargo on the arms trade with Libya. Yet weapons were still supplied to the rebels by some European countries and Arab states. The press reported on instructors and special forces being used – this has become an “open secret”.

Resolution 1973 established a no-fly zone in Libya’s airspace, to prevent Muammar Gaddafi’s air force from attacking peaceful demonstrators and citizens. Russia, China, Brazil, India and Germany abstained at the voting stage because its legal language was unsound. These concerns were well founded, as the coalition’s air force provided military support for the rebels. This undermined trust among the permanent members of the Security Council – which won’t be easy to restore.

The blurred nature and ambiguity of UN Security Council resolutions are extremely dangerous, as are any double standards dictated by political considerations of certain states – something we see in particular in Yemen and Syria. On the one hand, members of the international community are totally justified in striving to find a compromise between the authorities and their opposition; while on the other, some influential countries are insistently provoking the opposition to boycott national dialogue, fomenting confrontation, and refusing to discuss what are admittedly late, but still fairly real, reforms.

That is why the recent voting results on the UN Security Council resolution on Syria were to be expected. A Council resolution should be comprehensive and free from any bias. It should also ensure no external military interference in the conflict. According to President Dmitry Medvedev, “Russia will oppose any attempts to legitimise any sort of unilateral sanctions aimed at replacing political regimes via the Security Council.” This is not the purpose for which the UN was created; it is the peoples themselves who should determine their own fate. The international community should help this process, rather than influence it unilaterally or attempt to “manage” it from outside.

Nothing compares to a civil war in terms of humanitarian and economic consequences. While we do not yet know what the processes in the Middle East will entail, one thing is for sure: the way a conflict is resolved determines its outcome for a decade to come. We have seen this in Iraq and in Afghanistan, where the Soviet Union got bogged down for 10  long years, exhausting its own economic potential along the way.

The “Arab Spring” is reminding us that the supremacy of law in international relations is essential.