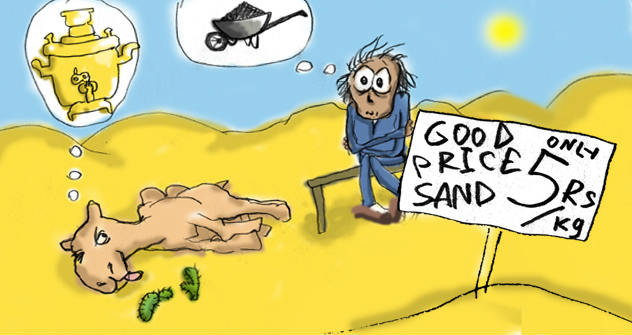 English, Russian and Hindi. How various are idioms and proverbs in different countries.

What do India and lady have in common?

Most certainly nothing, except the fact, that Britons and Russians decided to use these words in idioms to describe warm weather in cold seasons. They call it Indian and old lady’s summer respectively. Unsurprisingly, there is no such idiom in Hindi. One can only guess if it is due to the lack of cold season or due to the completely different attitude towards old ladies and their own country.

Language is not only a method of communication, it represents the cultural heritage of the country. Idioms and proverbs are icing on the cake.

So, how various are idioms and proverbs in different countries? Analysing them in British English, Russian and Hindi, I found out that there are some that sound similar in all three languages. For example, ‘to swim against the current’, ‘to rub salt into the wound’ or ‘paying back in the same coin’.   However, I’d like to talk about those that have a similar meaning, but use different words to describe it.

What Russians, Britons and Indians are laughing at?

How to cope with difficulties?

Millions of psychologists all over the world give people advice on how to stay optimistic under any circumstances. However, idioms know it better. According to a Russian idiom, one should keep their nose up.  An Indian idiom suggests that a person should hold his head high.  An English one assumes that it’s a person’s chin indeed that should be kept up.

There are always such people who promise something but don’t do it. There is no doubt that such annoying people are represented in idioms. A Hindi idiom assumes that the promised tomorrow will never come. You are wondering what such situations have to do with food? Well, in English and Russian promises from such people mean food, ‘idiomically’ speaking. Russians say that such people give you breakfasts (words ‘tomorrow’ and ‘breakfast’ sound similar in Russian). Britons call promises from such people tomorrow jam.

How to be a good tourist

When you are planning to go somewhere you will most likely read a tourist’s guide. What most tourists forget though is that you need to read idioms (surprise!) too. They explain what you shouldn’t take or sell in certain places. According to them you should not take samovar (Russian teapot) to Tula, coal to Newcastle and sell sand in desert. However, if you don’t want to take these idioms literally, they describe some unnecessary actions. Why these places? Because they are famous for samovar, coal and sand.

How to deal with money?

These proverbs warn us not to be irresponsible with money. Using local currency they advice us to save money. Britons say: ‘take care of the pennies and the pounds will take care of themselves’. Russians suggest: ‘kopeika will take care of rouble’. Indians add: ‘save a quarter and a rupee will follow by itself’.