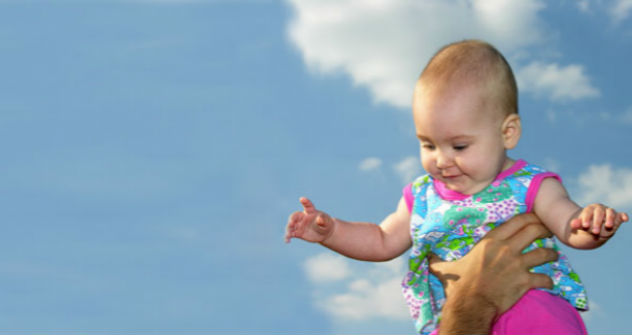 The 7 billionth citizen of the planet will be born in October, but the momentous event is marred by the imminent problem of lack of food for the rapidly growing population of the world.

On the night of 30/31 October, the seventh billion person on earth will be born in Kaliningrad, Russia. It’s ironic that such a significant demographic figure would be achieved in the country that is now unsuccessfully struggling to increase its birth rate. It was previously thought that the child would be born in China or India since these countries have recently seen the greatest population growth. The birth of this “milestone” baby and the name of its mother will be announced across the globe, and the baby’s mother will be granted a commemorative certificate.

An interesting coincidence is that the birth of the seventh billion person on the planet is expected to happen on the same day as the presentation of the United Nations Population Fund’s State of World Population report in Kaliningrad. On the same day, the United Nations Population Fund (UNFPA) and the Federal State Statistics Service will organize a roundtable discussion, “Russia from Edge to Edge: A Demographic Portrait of the Country.”

Actually, in a way it is even symbolic that Russia acts as the settings for this dramatic event because it is Russia that is highly relied upon in solving one of the biggest population growth linked problems humanity has to face - hunger. The figures are frightening: 1 out of 7 people on the planet suffers from hunger, and the number is going to increase.

According to the UN, food shortages are more pronounced in India, China, Pakistan and Bangladesh, but according to the latest survey by the Gallup research service, the provision of foodstuffs is becoming a major problem for Americans. This information from a country, universally believed to be the richest in the world is alarming.

It is predicted that the situation will get worse in many regions in the world. High prices of foodstuffs and the shortages are among the reasons for the unrest and even revolutions in Arab countries. Nobody is prepared to stick out his neck and predict what would happen in 3-5 years time, but it is possible to halt the spread of starvation, says Victor Semenov, a State Duma deputy:

“We should all realize that 7 billion represent the first alarm bell. The gap between the exploding world population and food grows bigger each year, and hence all of us must think about how to increase food production, especially those countries which have the potential to do so. In this context, Russia is number one”, Victor Semenov declared.

Indeed, Russia has a huge potential for food production. Experts have estimated that its agriculture can satisfy the food needs of 1.5 billion people. The country’s potential is strategic and cannot be measured in monetary terms. Russia is already participating in the UN programme of food assistance to needy countries, which is under the slogan of “Tasks of the development of the millennium, aimed at reducing the numbers of hungry people from the present 925 million to 600 million by 2015.

"That definition answers many questions. The recipe is quite simple and easy to achieve. Increase the incomes of the poorest nations. Insufficient food intake is not due to the quantity of food produced in the world, or in any given country, where there is starvation. UN experts remain convinced that the problem will not be solved by direct help to the needy countries alone. Direct food assistance must be backed by long-term investments in agriculture. This issue will be discussed by the G20 in Cannes at the beginning of November," reveals Sizov.

Pope Benedict 16, in a message to the UN sponsored Food Week, has called for moderation and care of the up and coming generations, saying that freedom from starvation is a demonstration of the right to life. The pontiff declared that food cannot be equated with a common good and should not be an object for speculation.