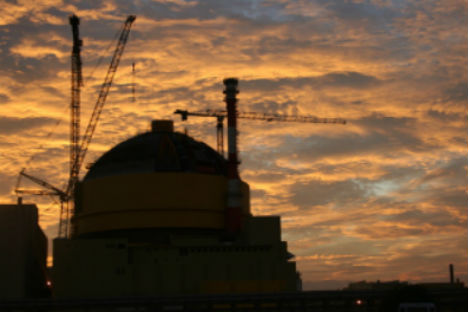 The clouds are gathering over Kudankulam

India is experiencing a wave of protests against the construction of Russian nuclear power plants.

India is experiencing a wave of protests against the construction of Russian nuclear power plants. Public fears, fuelled by the Fukushima accidentand exacerbated by the regional politicians’ populist slogans, may provoke a chain reaction of problems, hampering power generation development and depriving the Indian economy of its critical advantages over China.

Russian and Indian nuclear experts cannot meet to discuss the launch of Kudankulam NPP’s first unit because of public protests, Alexander Glukhov, the head of the Russian contractor, Atomstroyexport, told the media. This could set back the deadline for the launch of the plant, which is being built with Russia’s assistance.

Tensions in Tamil Nadu, where the nuclear power plant is being built, started growing early this year and resulted in a public blockade of the construction site by local public activists in the fall. They are protesting for environmental reasons, and their concerns have only grown following the Fukushima tragedy in Japan. Unsure of what would happen next, the Indian regulators are procrastinating with the issue of permits to commission the power plant.

The situation is further complicated by political maneuvers in Indian parliament, which has been amending and augmenting the Civil Liability for Nuclear Damage Bill for years. The current wording includes unusual provisions, in particular on the division of responsibility for the plant’s hypothetical operational accident between the operator and the general contractor. In other words, reactor suppliers will have to pay damages in case of a nuclear or radiation accident even though they have no connection to the causes of the accident.

The Indian government is advocating a balanced approach to the bill based on respect for international law, but the opposition-led parliament is unlikely to approve amendments beneficial for foreign businesses.

Indians have been eco-conscious since one of the world's worst industrial accidents at the Union Carbide plant in Bhopal in 1984, when over 3,000 people were killed on the spot and at least 15,000 died from diseases caused by chemical poisoning.

The Civil Liability for Nuclear Damage Bill may become effective in December 2011.

The Indian government claims that the bill will not affect nuclear power plant projects, but the international nuclear businesses have hinted broadly that India will have to pay for its decision – construction costs will have to be raised to include payment for potential damage.

“To a large extent it'll come down to individual companies making individual decisions – to evaluate the risks in this market and whether they want to be in this market or not,” The Wall Street Journal quotes Vijay Sazawal, director of government programs at the U.S. Enrichment Corp. and also a member of the U.S. Civil Nuclear Trade Advisory Committee.

Anti-nuclear sentiments started growing in India in spring 2011, when the world was shocked by reports from the Japanese Fukushima Nuclear Power Plant damaged by a tsunami after a destructive earthquake. At that time, people in Kudankulam elected a new mayor, who promised to stop the construction of the nuclear plant.

Tensions came to a head in the fall, when protesters barricaded the construction site and local workers started leaving the unfinished plant. This has had a sobering effect, because local residents’ incomes from renting out housing and selling basic necessities to the plant’s workers have plummeted over the past few months.

It is interesting that public wrath in Tamil Nadu is highly selective: people are barricading the unfinished Kudankulam power plant but feel quite indifferent about the Madras Atomic Power Station (MAPS), which has been in operation in Kalpakkam since the mid-1980s.

The MAPS has two heavy-water CANDU type reactors that are not as safe as Russia’s AES-92 pressurized light water reactors built for Kudankulam. It appears that people in Kalpakkam have grown used to the benefits of having a nuclear power plant, the taxes it pays to the local budget and its positive influence on the region’s economy.

Nevertheless, anti-nuclear protests in India have almost provoked a chain reaction. The authorities of West Bengal, which Communists had governed for more than three decades until May 2011, have been fighting against the Russian nuclear project in Haripur since 2009. According to the latest media reports, the West Bengal government has announced that it will not allow the construction of nuclear power plants in the province.

Everyone will suffer, but to a different degree

The local authorities, which are using populist slogans to stop the construction of nuclear plants, are depriving municipal governments of potential tax revenues and stunting economic growth in their far from rich provinces.

Refusal to modernize the nuclear industry could have far-reaching consequences for the whole of India, such as growing system-wide disproportions in the economy due to the hampered development of the power industry.

The world’s nuclear corporations will lose a prized client. What other country will have enough funds to build several dozen power units? But a much stronger blow will be delivered to India’s interests.

India has set the goal of priority industrial development, in particular in high-tech sectors, which is impossible without modern power generation, especially amid growing rivalry with China for influence in South Asia and in the global division of labor.