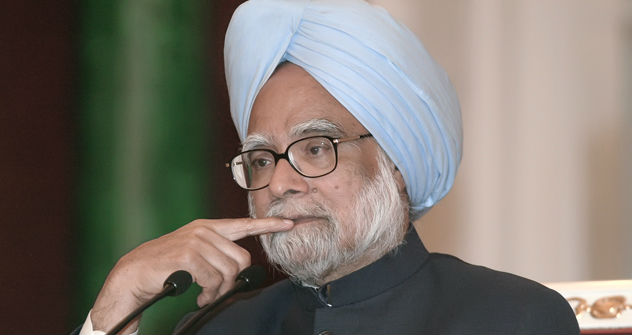 Ahead of Indian Prime Minister Manmohan Singh’s December visit to Russia, the “privileged strategic partnership” between Moscow and Delhi is facing serious challenges. The construction of a nuclear power plant in Koodankulam in which Russia is involved is in jeopardy due to protests by local residents. In another major failure, Moscow lost a bid to supply helicopters to the Indian Air Force. A joint project to build a multi-role aircraft has also stalled. Experts believe that these failures are not unrelated but rather a trend, and that it will be increasingly difficult for Russia to maintain its top position on the huge Indian market.

The situation with the Koodankulam Nuclear Power Plant under construction in the southern Indian state of Tamil Nadu became critical at the end of last week. Several hundred local residents announced an indefinite hunger strike in protest of the planned commissioning of the first reactor in December and blocked entrances to the plant, effectively putting it under siege. Protestors managed to halt construction work on two of the plant’s reactors, which each have a capacity of 1000 MW (work on the first reactor is 99% finished and the second, to be introduced in August 2010, is 93% complete).

In the past few days, several thousand seasonal workers brought in from the southern Indian states of Uttar Pradesh, Bihar and Jharkhand left in a rush. Activists with the local protest movement have used every means possible to expel workers for the nuclear “construction project of the century,” including terminating their rental agreements. Indian media reported that Russian specialists abandoned the plant hot on the heels of the Indians workers. However, Kasinath Balaji, the power plant’s site director, denied this. “None of the 150 Russian specialists at the station have left. All of them continue to work with us,” Mr. Balaji said.

The agreement to build a nuclear power plant with Russia in Koondakulam was signed in June 1998 by then Russian Minister of Atomic Energy Yevgeny Adamov and Rajagopala Chidambaram, head of India’s Department of Atomic Energy. Since then, Russian officials have repeatedly spoken about the uniqueness of the project and its complete safety. As the press office of the Atomic Energy Department told Kommersant, the Russian NPP-92 project in Koodankulam will have a third-generation reactor that meets all modern requirements for nuclear power plants, but the main advantage of the NPP-92 over previous generations is the use of “multiple layers of protection and the introduction of additional passive safety systems, combined with the traditional active systems.”

However, the Indian activists seeking closure of the Koondakulam plant, who are taking cues from the People’s Movement Against Nuclear Energy, insist that after the accident at Japan’s Fukushima Nuclear Power Plant, a similar disaster could happen in India. One argument is that since the station is being built on the Indian Ocean, it could be vulnerable to a devastating blow by a tsunami, as happened in Japan. The protestors do not believe Russian assurances about the safety of the nuclear power plant.

The crisis surrounding Koodankulam puts India’s leadership in a difficult position in the run-up to Prime Minister Manmohan Singh’s official visit to Moscow and his talks with Russian President Koodankulam Medvedev, scheduled for December. Indeed, until very recently, the Koodankulam Nuclear Power Plant was a symbol of the “privileged strategic partnership” between the two countries, as President Medvedev declared on a visit to Delhi last year.

In an attempt to calm the protestors, Prime Minister Manmohan Singh appointed a government commission of 15 experts to prepare an evaluation of the station’s technical condition. In addition, former Indian President Abdul Kalam will make a special trip to Tamil Nadu this week to mediate between the government and the protestors. But the activists who oppose the Russian nuclear power plant have already rejected his services. “Kalam is another representative of the nuclear lobby and he will not be able to convince us,” read a statement from the People’s Movement Against Nuclear Energy.

The scandal unfolding around the Koodankulam Nuclear Power Plant coincides with another major failure for Moscow’s military and technical cooperation with India, which along with cooperation in the nuclear arena is a hallmark of their bilateral ties. Indian sources said yesterday that Moscow lost a major bid to supply India with the Mi-28N Night Hunter attack helicopter (the amount of the contract is estimated at $600 million). India chose the American AH-24 Apache over the Russian helicopter.

Kommersant has learned the cause for Russia’s lost of the arms bid – its second such failure this year. In April, Russia lost to the French producers of the Rafale and Eurofighter Typhoon fighters in the century’s biggest arms bid to supply India with a multi-role combat aircraft (MRCA), for which Russia offered up the MiG-35. The deal stipulated supplying 126 fighters and was estimated at more than $10 billion.

According to a Kommersant source close to India’s Ministry of Defense, the reasons for refusing the Russian helicopters were detailed in a letter India sent to the Russian Embassy in Delhi. In harsh tones, the letter lists 20 ways in which Russia’s Mi28N Night Hunter and its technical specifications did not meet India’s requirements. According to Kommersant’s sources in Delhi, with such a lengthy list of grievances, the Russian helicopter had no chance of winning the bid.

“One of the reasons for Russian’s loss was India’s desire to diversify its weapons’ sources and not to be dependent on Russia for 80% of its arms, as was the case in previous decades,” explained Nandan Unnikrishnan, vice-president of the Indian research center Observer Research Foundation. “In addition, the decision-making process looks like this: The Indian Air Force announces specific parameters that are needed by the leadership to make a decision. The Indian government can’t ignore those demands to facilitate the development of a strategic political relationship with Moscow.”

Finally, the Indian media reported yesterday on difficulties encountered in another ambitious dual project: to build multifunctional military transport planes. According to sources at the Indian Ministry of Defense, Delhi did not accept Moscow’s proposed business plan because it did not include Indian engineers and researchers, as had been expected. Indian media reported that Delhi’s position was laid out to Russian Defense Minister Anatoly Serdyukov by his Indian counterpart, Arackaparambil Kurien Antony, during their recent meeting in Moscow.

According to experts, the problems that Moscow faces in several key areas of cooperation with India are evidence of a new stage in the two countries’ relations. “In spite of the declaration of a ‘privileged strategic partnership,’ going forward things are not that simple,” said Nandan Unnikrishnan. “To keep its leadership position in India’s markets, Moscow is going to have to show more flexibility and innovation.”