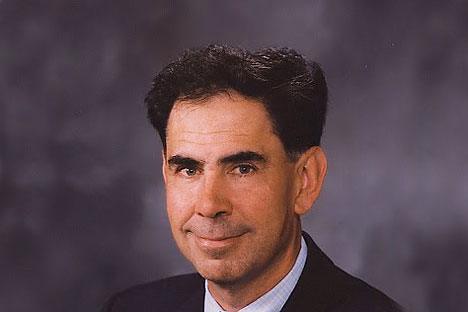 The technical university at Skolkovo will be headed by an American with an interest in Russia.

The Skolkovo Institute of Science and Technology (SIST) recently announced that it’s first president will be MIT professor Edward Crawley.

In making the announcement, Viktor Vekselberg, president of the Skolkovo Foundation, said that the 56-year-old American scientist,

who specializes in space exploration, was the “number one candidate.

Crawley was selected for his knowledge of Russian, connections to Russian scientific world and talent as a manager, among other assets. According to colleagues, Crawley is one of the pioneers of commercializing science.

Crawley promised to turn SIST into a Western university, combining theoretical and applied research with the commercialization of scientific achievements. Study at the Skolkovo Institute will not be free; it will be a private institution not under the jurisdiction of the Ministry of Education and Science. At the moment there are no world-class technical universities in Russia that are completely separate from the government and not subordinate to the ministry.

Crawley earned his Bachelor of Science degree in Aeronautics and Astronautics from MIT in 1976. According to the people who knew him, he had no trouble deciding to specialize in man’s relationship to space. The young scientist dreamed not only of traveling to the stars himself, but also of engineering support for space travel. He received his master’s degree in the same field in 1978 and his Sc.D. in aerospace structures in 1980.

Crawley began teaching in 1990, and his scholarly work is well known in the field.  His research has been repeatedly referenced; one of his articles has even broken a record: It has been referenced more than 700 times.

Interaction with Russian scientists in the field of space exploration has played a major role in Crawley’s career. In 1989, he was part of a delegation of aerospace technology specialists that visited the Moscow Aviation Institute (MAI). In September, Crawley gave a report on innovations and reforms to engineering education at MAI, after which the university’s scientific council decided to award him an honorary Ph.D.

For all his academic achievements, Crawley is not someone who only researches his subject matter. In the earliest stages of his career, he established a close relationship with NASA, even reaching the final selection stage of the astronaut corps in 1989. But it was too difficult to combine his scientific work with the rigid system of astronaut training. His flights were limited to amateur piloting and gliding. But as a member of the U.S. Human Space Flight Plans Committee, Crawley enthusiastically considered plans for an expedition to Mars several years ago.

Over the years, Crawley has co-founded multiple businesses. He founded the company BioScale in order to work towards developing biomolecular detectors. He also took part in creating oil exploration system designs proposed by BP.

Crawley’s international academic endeavors are no less impressive. His first notable project was co-directing the International Space University, based in Strasbourg, France. In addition, Crawley organized a series of lectures by MAI professors at MIT.

Under the auspices of two MIT divisions – engineering and management – he created the System Design and Management Program. “Despite an ability to win people over and his positive attitude, Crawley has always focused not on idle talk, but on solving specific problems so that some kind of benefit results from communication,” said MAI Aerospace Department Dean Oleg Alifanov. “In particular, Crawley devised the practice of design work for first year students, who are generally lukewarm to strict disciplines like mathematics, physics and chemistry. At the beginning they are involved in a game project (creating designs or devices), and there the student begins to understand why they need knowledge of exact sciences.”

Crawley’s managerial talent and potential are what attracted Russia’s interest in his candidacy. For him personally, the decision to head the technical university at Skolkovo is apparently motivated by the opportunity to build a major project from scratch. What will come of it? Wait and see.

This story is abridged from the original version, which appeared in the Oct. 17, 201 edition of Itogi Magazine.