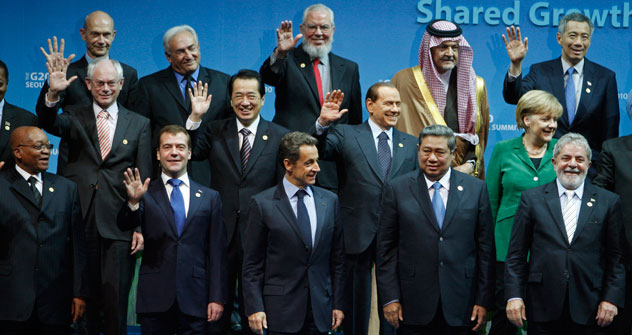 Business insiders say that Russia's membership in the WTO will have an impact on both Russia and the rest of the world. Source: AP

Russia is aware of the damage its reputation is inflicting on the country’s ability to attract foreign direct investment and trade partners, according to Deputy Minister of Economic Development Stanislav Voskresensky.

In his keynote address at the recent Russian Business Investment Summit (RBIS) in New York, Voskresensky stated that the Russian government knows that the country’s dependence on commodities coupled with the widespread belief that it has an unfavorable business climate has hindered its economic growth, but that the government is working to improve the climate as well as the perception.

Another barrier to trade has been the country’s exclusion from the World Trade Organization (WTO), although that may be about to change. Just as the business summit opened in New York, it was announced that Georgia had reached an agreement clearing the way for Russia’s WTO membership, which observers say will jumpstart trade and investment.

“It will be a surprise to everybody when in a few years Russia will move into the world with its young management and its world-class companies. Russian companies will do very well internationally,” said John Conner, a portfolio manager at Richmond-based Third Millennium Russia Fund (TMRFX) who attended the RBIS conference. He added that Russian steel companies are already entering the world market, and that Russian oil companies will be next.

Investment Incentives for the Wary Investor

There is a general consensus that the Russian economy will be fine as long as oil prices remain high. However, Voskresensky said that the government has conducted a stress test and is prepared for a scenario in which oil prices drop below $80, or even below $60. He also stated that, with a debt-to-GDP ratio of 10 percent, the Russian economy is more than prepared to resist financial turmoil.

Russia has one of the world's lowest corporate tax rates at 20 percent, and this year the inflation rate is predicted to remain below 7 percent. Combined with WTO membership, these figures should make Russia an attractive place to do business.

Voskresensky said that Russia’s top-listed companies have reduced their debt by 20 percent over the last three years and their foreign exchange debt by 40 percent, which demonstrates the companies’ readiness for a range of scenarios on the global financial markets as neighboring Europe fights high levels of debt.

The World Bank’s latest “Ease of Doing Business” report also named Russia one of the countries that has “improved the most over time.” In its evaluation, the World Bank looked at new regulations and measures that apply to small-and-medium-sized business, including the procedures required to start a new business, the tax rates, and the difficulties of obtaining permits, getting credit and registering property.

This year, Russia improved its score by launching electronic procedures and reducing the cost and documentation required for import and export transactions. A revision and reduction of utility tariffs also boosted the business rating.

“We know our problems, we are not ideal, we are who we are, but I think we are on the right track,” said Voskrensensky.

Clinching the WTO membership could have an immediate and even startling impact, business insiders say. Russia has been trying to get into the world trade body for 18 years, but from time to time the Russian leadership seemed to stop caring about WTO accession. This time the nonchalance seems to be working.  “Without Russia, the WTO cannot be said to be a really universal organization,” said Prime Minister Vladimir Putin in October. “It has managed without us and will continue to do so. But we are still a country that today produces and sells more oil than any other and it would be better if we were a member of the organization.”

In recent months, Georgia has been the only state still opposing Russia’s accession to the WTO. Although the substance of the new Georgian proposal has not been disclosed, Russian business daily “Kommersant” reported that the main difference between this deal and previous ones is the status of breakaway republics Abkhazia and South Ossetia. Until now, Georgia has insisted that trade between these regions and Russia be legally considered trade with Georgia. Moscow, which recognizes these two territories as independent countries, does not agree. According to Kommersant, Georgia has proposed joint monitoring of trade operations on the borders with Abkhazia and South Ossetia. The deal came as a result of Georgia’s consultations with the European Union and Switzerland. Russia signed off on the deal Nov. 2.

According to the World Bank, the economic effect of entry for Russia will be a 3.3 percent increase of the annual GDP over the next several years – approximately $53 billion dollars. In the longer term, the gain may exceed $150 billion.

Michael O’Flynn, managing director at UFG Asset Management, which focuses on Russia, said that the immediate impact of WTO accession will be felt in the steel sector, where Russia is the cheapest producer. He added that share prices of stocks like SeverStal and Evraz could surge well ahead of entry date as investors "game" the situation.

Overall, business insiders agree that U.S. and Russian business will be encouraged as American multinationals already wildly successful in Russia—McDonalds, Pepsi and Ford, among others – will find the rules-based, WTO-enforced business environment far more predictable and legally viable.