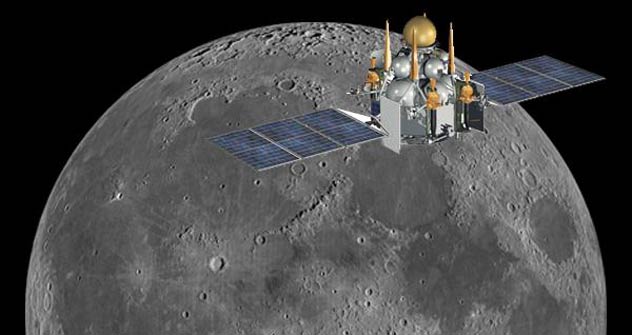 Russia is planning to put a “lighthouse” on the moon as part of its joint Russia-India Moon Resource space mission. Russian scientists plan to equip the lander station “Luna-Glob” two powerful LED light beacons. One of them is optical and the second – the laser.

These beacons will allow it to be visually tracked on its flight to the moon and on its descent to its surface. “In particular, they will establish a high-precision landing system, as well as to clarify the origin of the lunar system”, - said project developer Alexander Bagrov, senior researcher at the Institute of Astronomy (INASAN).

“These light beacons allow us to obtain precise coordinates of any place, any crater on the moon, and secondly, will find the pictures a point where a landing station sits. Otherwise it is impossible to discern any camera,“- said Bagrov.

The first lighthouse – optical - to be installed at the top of the lander, and will shine like the zenith. This one will help the system in operating and observing. The second lighthouse is located on the antenna oriented towards the Earth. This lighthouse will be based on laser light-emitting diode, whose brightness is enough to see it from Earth with a telescope with a mirror diameter of only 60 centimeters. Diameter spot of light from the lighthouse on the surface of the Earth will be 300 kilometers.

Lunar beacons are very simple in design. It is a “glass” in height and width of 25 centimeters with solar panels on the side and the LED on the bottom. Beacon can operate autonomously and twenty-

four-hour, because the lifetime of solar panels over a decade, and the warranty period of LEDs – 50 000 hours (more than five years).

Launch of the Russia-India lunar station “Luna-Glob” is scheduled for 2014. Currently, the exact landing place of the probe and the composition of the scientific equipment on board is not yet defined. But it is assumed that the lander will land near the north pole of the moon and space station will be rotated on a polar orbit.