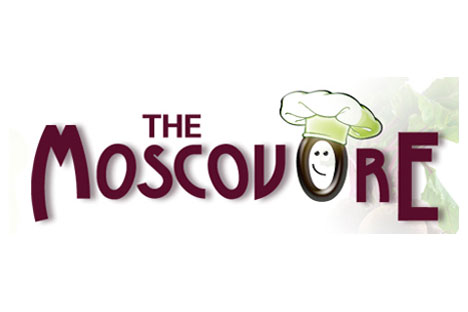 Jennifer Eremeeva has been writing culinary columns for Russia Beyond the Headlines for the past two years, yet she is also a renaissance woman known in expat circles as a humorist and historian (and sometimes both at the same time) as well as a champion of Russian cuisine.

Do you remember the first Russian dish you ever tasted?

I have to be honest and say it was caviar. I used to go to a Christmas party every year in Massachusetts as a child and they always had a large dish of it. I think my mother had to speak to me about not taking quite so much! I’m sure the first thing I had in Russia was borscht (which coincidentally, or not, was the first column I wrote about food) and I thought that was also fantastic.

Do you have a favorite?

That is a very challenging question! I really love Russian soups: they are versatile and very filling and satisfying and, as such, they seem to be a perfect metaphor for Russian hospitality: warm and expansive when it is so cold outside!

Tell me about your first culinary adventure in Russia.

I came to Russia in 1992 to live with the man I later married. We were on a very limited budget and things were pretty chaotic in terms of finding good ingredients. I had to learn how to substitute, experiment, and invent in short order. Because I’d been working as an international tour guide and on cruise ships, food had always just been a given for me, then suddenly, I had to really think about where it was coming from and how I was going to cook it. It was frustrating, but exciting at the same time.

Tell us what brought you to develop your new site moscovore.com.

I was a humor columnist for Russia Beyond The Headlines, and I contributed an article about learning to cook in Russia, which expanded into a series of articles about Russian cooking for the supplement. Very quickly, I discovered that I really enjoyed food writing and photography. I branched into feature writing about Russian food for other publications and I did a lot of food photography in places like Tibet, Italy, Slovenia, and Spain.   Cooking for me is a real passion, so I decided that I could put all these things together into one blog about cooking in Russia, rather than just Russian cooking.

What is a moscovore, and who is your audience?

Moscovore is a word my sister invented for me--sort of a hybrid of “Moscow” and “locavore” which means someone who tries to source food from local sources, or “omnivore” which is one who eats everything! I had written a humor piece called “The Imported Locavore” on the difference between the over-the-top locavores in the United States and the import-obsessed Russians. A Moscovore, therefore is someone who is engaged in finding, cooking, and celebrating great food in Moscow. I find a lot of people who come to live in Moscow or are just beginning to learn how to cook – Russians or foreigners -- are not immediately aware of where to find good fresh produce, meat, fish, and other key ingredients. The language is a big hurdle, as frankly is the somewhat surly service mentality in Russia, which makes it daunting to ask for help. If you’ve never been to a meat market before, the huge carcasses hanging from hooks, the sheep and pig heads, and the calves feet can be a little overwhelming. I have a section on how to solve some of the problems cooks experience here.

I also hope my readers will follow the excellent Russian example of enjoying whatever is in season. I am doing a piece on persimmons right now, which are just in season. This isn’t a fruit that gets much attention in America, which is a real shame – it is delicious and you can do all kinds of things with it, both sweet and savory!

Where do you find your recipes?

I am an avid cookbook collector, and I review cookbooks on the site. I also subscribe to a number of culinary magazines, which are always full of superb ideas. One of the great things about being a food blogger is that it is a very inclusive and supportive community.  I sent a tweet to a wonderful food blogger in Israel called Sarah Melamed (www.foodbridge.com) when I had a question about the right way to cook bulgur wheat for tabouli.  She got right back to me and shared some other sites in Lebanon and Jordan, so now I know those people too.  We don’t have as many food bloggers in Russia and Eastern Europe at the moment, but I hope that will change!

Is it easy to find necessary ingredients?

Finding ingredients sometimes feels like a full time job, and is really one of the main thrusts of the site. I find that I can get most of what I need in the warren of kiosks behind Dorogomilovsky Market – there are specialty vendors of baking goods, spices, Asian products, Italian and French products you don’t find at the supermarkets and so on. You can find tofu, ricotta, and fabulous beef tenderloins. I also find it very entertaining: it’s lively, bustling, and busy, filled with a mixture of restaurateurs, kiosk owners, and foodies like me. I still strike out, though – like yesterday I spent a few hours trying to find a vanilla bean. No luck!

Are you going to invite other authors in the project or will it be your personal project? Can readers leave their recipes?

I see The Moscovore very much as a community of which I am first and foremost a curator rather than a dictator! We launched with a very interesting and pertinent guest post from Kerry Martin, an Australian nutritionist and wellness therapist practicing in Moscow. So, yes, I would like to bring in a number of regular contributors including a wine columnist, different ethnic specialists, baking gurus, and restaurant reviewers. The important thing is to ensure that our content is consistently relevant for cooks and culinary enthusiasts here in Moscow.