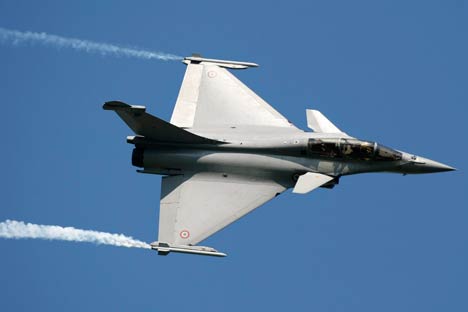 On November 5, India opened the commercial bids for the proposed agreement to buy 126 medium multi-role fighter aircraft (MMRCA) for the Indian Air Force (IAF), but didn’t announce the lowest vendor on unit costs.

This April the Ministry of Defense shortlisted two aircrafts – Dassault Rafale of France and EADS’ Eurofighter Typhoon proposed jointly by Spain, Italy, Germany and the UK.

The lowest bidder will be determined after examining life-cycle costs for both vendors, which is likely to happen in six-eight weeks. After this  step contract negotiations will begin.

Defense ministry spokesperson Sitanshu Kar said that with India’s opening of bids the process for selecting the lowest bidder had started. Mr. Kar remarked that during the meeting, both vendors were informed on the other’s cost per unit but he refused to give the figures, referring confidentiality clauses.

The benchmarking – procedure of determining the reasonable cost range of purchase – had been completed in October. However, according to the officials, the final cost of acquisition could be much higher than the originally expected cost of Rs 42,000 crore.

Both machines displayed their capacities after the enforcement of an air embargo over Libya by the North Atlantic Treaty Organization having bombed targets and resources that belonged to the country’s former ruler Moammar Gadhafi.

In case India opts for the Eurofighter Typhoon, it will be strengthening its defense ties with several European countries instead of one. But one of potential disadvantages of working with the consortium is that it delivers parts, components or sub-systems from more than 100 countries. And a delay by any one or more could have an impact on the supply of critical spares, which could bring to a halt the whole fleet.

Deba Mohanty, an analyst with Delhi-based Observer Research Foundation, believes that due to the fact that both machines are European-manufactured there shouldn’t be such acute strategic implications as in cases of Russian-American competition. In the opinion of the expert, the most important consideration will be the contentment of the ultimate consumer – the Indian Air Force.

Former IAF chief Fali H. Major doesn’t support the point of view that the MMRCA purchase should be called off for the fifth-generation joint strike fighter F-35, offered by the US to India.

Mr. Major says there already is an agreement for the FGFA programme with Russia, and the two fighter jets shouldn’t be compared.

The process of joint development of a fifth-generation fighter aircraft with Russia is underway. According to Air Chief Marshall N.A.K. Browne, IAF is likely to induct 214 such aircraft beginning 2017.