Welcome to season of summitry 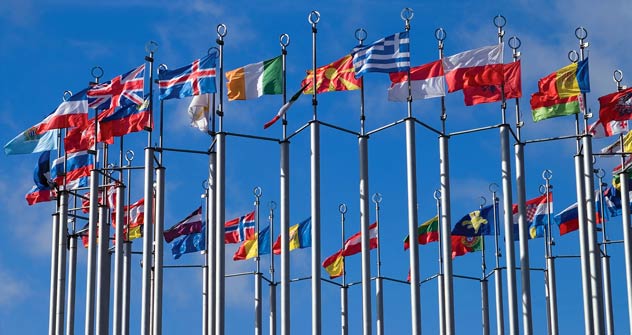 With the festering eurozone crisis throwing the developed world in a disarray and the ongoing shift of power from the West to East, a host of global summits are being held, bringing out hidden faultlines and power tussles to the fore.

It’s the season of summits. Presidents, prime ministers and potentates are crisscrossing the globe and gathering around conference tables, trying to “save the world”. Economists, bankers and financial mavens, too, are looking on from the sidelines. It’s hard to recall another time when so many heavyweight huddles have been scheduled in such a short time.

The frequency of these meetings partly emanates from gloom that has enveloped Western economies, and which is showing no signs of lifting any time soon. The meetings are also evidence of the deep divide that runs through the global political and economic fault lines on how best to fix the world’s economic woes.

Right now, there’s a surge in summitry. A few days before the much-hyped G20 meeting in Cannes on November 3 and 4, there was the IBSA – India, Brazil, South Africa – summit in Pretoria. Three days after the G20 standoff, Russia and China headed off to St Petersburg, for the 10th Prime Ministers’ meeting of the Shanghai Cooperation Organization (SCO). From there, it’s on to the Asia Pacific Economic Cooperation (APEC) meeting in Honolulu from November 12-13 followed by the East Asia Summit in Bali a week later.

It seems the world’s leaders are lurching from one capital or seaside resort to another as a consensus is proving to be elusive on key issues. Sadly, talks aren’t achieving any traction.

The fifth IBSA was held at a time when India, Brazil and South Africa are serving concurrently as non-permanent members of the United Nations Security Council and there are questions about its relevance after South Africa joined the BRIC (Brazil-Russia-India-China) grouping in April.

While the IBSA is a primarily a grouping of three large developing economies and democracies of Asia, Africa and Latin America, its three members issued a statement publicly supporting each other for permanent seats on the UN Security Council. Now, here’s the rub: all three are also members of BRCIS, and it is highly doubtful that China and Russia would allow more members into the veto-wielding UN club.

The G20 summit has been the most high-octane one so far this year but that is mainly because it’s the largest of these mini-UN circuses. The summit fizzled out because there was a clear East vs West divide.

As Russian foreign minister Sergei Lavrov said, “The BRICS are ready to take part in joint efforts, including the provision of credits, under those rules and channels that exist in the International Monetary Fund.”

The hitch: Europe is happy to accept money from the BRICS (China and Russia have the world’s largest and third largest foreign currency reserves) to bail out its sick economies (which means everyone except Germany) but it will not agree to a readjustment of the seating arrangements at the global high table. Europeans are, therefore, making private overtures to China, eyeing its over $3 trillion hoard. The upshot: the G20 summit and the BRICS’ manoeuvers amounted to zilch.

APEC, a strange mix of 21 super tiny and supersized economies along the Pacific rim, will meet in Honolulu and the agenda will be a regional free trade deal. But with consensus lacking, there is talk of a nine-country trade deal known as the Trans-Pacific Partnership (TPP), which began its life as a trade deal between Brunei, Chile, New Zealand and Singapore in 2006. APEC leaders are hopeful that US President Barack Obama will be sufficiently pumped up in his home State to be able to announce agreement on a broad outline for the deal.

Obama or not, some members are not taking any chances. The Australian media is speculating that the Australia-South Korea Free Trade Agreement may be announced on the summit's sidelines. So much for regional unity.

That politics and power play are always key factors in such summits is evident from the APEC’s blocking of India’s membership. According to a Filipino trade negotiator, Western countries are behind the move to keep India out of the Asia-Pacific grouping because they are concerned its entry would tip the balance of power towards Asia.

However, there won’t be any such issues at the 18-nation East Asia Summit to be held in Jakarta. India is a member in the group which also comprises ASEAN, China, Japan, Korea, Australia and New Zealand, and it is growing at a scorching pace. US President Barack Obama and Russian President Dmitry Medvedev will be participating in the summit for the first time, adding greater heft to the grouping and upping power games in East Asia.

Amid the economic summits, there was the more security-oriented SCO summit. With some justification it has been dubbed the “club of dictators”, comprising as it does China, Kazakhstan, Uzbekistan, Tajikistan, Kyrgyzstan and Russia, with the latter being the only one where citizens enjoy a good deal of freedom. Ironically, it is the only forum with concrete agendas – for instance, keeping the US from meddling in Eurasia – proving that the absence of Western-style democracy isn’t so bad after all.

Currently, the 10-year-old SCO is a loose security union that Moscow hopes to develop into a more powerful force to rival the NATO. However, consensus has been lacking over India’s entry. Moscow is keen on admitting India (membership for the world’s largest democracy would help improve the image of the “dictators club” somewhat), but China wants to bring in Pakistan as a tradeoff. Beijing’s gameplan is to have at least one member that is its vassal while attempting to hyphenate its Asian rival, India, with that nearly failed state.

Because of such contrarian pulls, the SCO's common military force may remain on paper for the foreseeable future.

Huge amounts of public funds are being spent on these international junkets. The 2007 Canberra APEC summit is reported to have cost the Australian government A$300 million while the 2010 G20 summit in Toronto cost the Canadians a neat C$1.2 billion. Such spending during a recession is unlikely to go down well with people who are already hurting.

Currently, free trade and bailouts are on top of negotiators’ lists. No attempt is being made by countries to use these highly publicized meetings to bring facts and rational arguments to climate, employment and security issues. Sure, trade issues deserve attention but they cannot be discussed separately from the aspirations of people and improvement in their living standards.

There is no magic fix for the current economic mess, which has been brought about by reckless lending, toxic financial instruments and Western military misadventures. Cool headed discussions among a limited number of countries – drawn from either side of the East-West divide – alone can move us forward.