Following the money out of the country 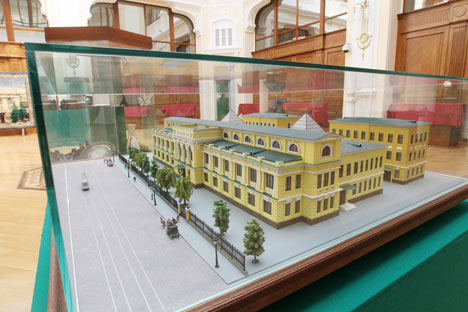 The Central Bank’s announcement that capital outflow will increase this year is an indication that government measures to encourage investment need work.

The Nov. 1 announcement by Russia’s Central Bank that capital flight will double to $70 billion this year is a stark reality check for the Kremlin, which has been making frantic efforts in recent months to improve the country’s investment climate. The regulator said it arrived at the new figures after it firmed up a new draft of the country’s monetary lending policy for 2012 through 2014. The original draft, which was prepared in early October, predicted an increase in capital outflow of just $36 billion.

The revised estimates indicate a change in foreign investor sentiment “in favor of buying less vulnerable foreign assets” amid increased volatility in global financial markets, the Central Bank document said. However, the statement added that Russians are not investing money in their country either, scared off like their foreign colleagues by the country’s “unfavorable investment climate.”

Between January and September, Russia’s net private capital outflow hit an estimated $49.3 billion, according to Central Bank Chairman Sergei Ignatyev. Capital flight surged in the third quarter, especially in September, when $13 billion — or 70 percent — of the third-quarter outflow left the country. The 2011 total has now exceeded that of 2010, when $35.3 billion left the country, but still less than the $133.7 billion that left at the height of the financial crisis in 2008.

Researchers from the Higher School of Economics’ Center for Development warned in a report released last week that capital flight cannot be reversed without fundamental changes in the Russian economy. “Capital is fleeing Russia not because things are better elsewhere, but because things are bad here and are probably going to get worse,” according to the researchers. “Things that need to be done are not new: fostering competition, establishing the rule of law, fighting corruption and state racket,” the report said.

Despite the resolution of the Kremlin’s succession problem in September, various experts claim that political uncertainty continues to plague Russia’s investment environment. The sudden dismissal of former Finance Minister Alexei Kudrin, whom many investors associate with fiscal prudence, has not helped matters either. Emerging Portfolio Fund Research said some $443 million had been pulled out of funds that were invested in Russia a week after Kudrin’s resignation, compared to just $164 million that left the week before his exit.

“One should not underestimate the political situation in the country, as well as the expectations of a fairly negative election campaign,” said Anton Safonov, an analyst at the Investkafe agency. Safonov, who correctly predicted back in October that capital outflow could reach $70 billion this year, said “the political situation is almost always associated with large capital outflows from Russia.”

Kudrin has attributed capital flight to “the high oil price and the impossibility of investing this revenue on the domestic market.” In a speech at a financial conference last month, he told business people that capital outflows from Russia could continue if the budget isn’t brought under control. He said Russia’s dependence on ever-higher oil prices to balance the budget was primarily due to the country’s military spending, his main point of contention with the Kremlin.

Since all speculative movements in the Russian market are correlated with the commodities market, the widely expected dip in global oil prices will adversely affect the Russian economy and trigger even more capital outflows according to Yevgeny Pischulin, a trader at the Region Broker Company. Pischulin said that Russia is particularly vulnerable to the ongoing global financial turmoil as investors try to avoid emerging markets in favor of safe havens in Europe and the United States. “European banks with assets abroad, including in Russia, are repatriating capital for reinvestment in their home countries as well as in treasury bonds of sturdy countries like the United States or Germany,” Pischulin said. “The speculative demand for foreign currencies by public and private companies is only aggravating the tendency and spurring even bigger capital outflows.”

The Central Bank, meanwhile, has also lowered its outlook for the country’s international reserves, slashing it to $495 billion from the $515 billion projected earlier. Russia’s reserves, the world’s third largest, stood at $469.4 billion last year, but rose to $493.6 as of Oct. 1, on the back of higher energy prices. Despite the fact that oil prices remain at a consistently high level, the regulator predicted that foreign reserves will stagnate.