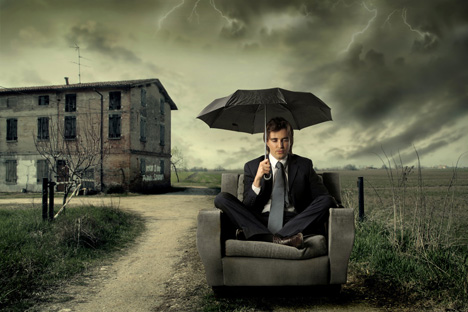 The middle class in Russia has shrunk from 20 percent of the population precrisis to 12 percent now.

The global financial crisis, which began in 2008, sent a tsunami of pain around the world, damaging markets and consumers alike. The Russian consumer in particular has suffered. A report from the Zircon research group, entitled “The Trend of the Financial Activity of the Russian Population 1998-2011,” states that the share of Russians identifying themselves as middle class reversed last year, dropping from 54 percent to 47 percent as of March 1.

Zircon defines middle class as “well-off people on the whole, who only have difficulties buying durable goods,” and identifies “well-off” citizens as those who can afford things like cars and apartments. In Russia, this group has shrunk from 20 percent of the population precrisis to 12 percent now.

Russia’s economic woes were exacerbated by the Kremlin’s decision to hike social taxes at the start of this year, which cut into personal incomes. Real disposable incomes were down 2.9 percent in the first quarter of this year, according to the State Statistics Service, which has had a trickle-down effect on other segments of the economy and depressed retail sales as prices continue to rise.

But given a little extra money, most Russians would choose to treat themselves to more of those capitalist baubles that are the hallmark of the free market. Asked what they would do with 40,000 ($1,300) rubles in monthly disposable income, 54 percent of respondents said they would go shopping, while another 11 percent said they would invest (which includes putting money on a time deposit at a bank), and 13 percent said they would save (in a current account).

Perhaps the most surprising result is how few financial services Russians use. In 2011, the most popular service was insurance policies (40 percent), which is largely due to state laws that mandate car insurance for drivers, followed by debit cards (37 percent). Only 15 percent of respondents had any kind of a bank account, only 14 percent had taken out a loan, and a mere 2 percent used a mobile bank. About 22 percent of respondents have not used a single financial service this year.

These results show that Russians are still very wary of banks. When asked which were the most “dangerous” financial services, the lottery naturally came on top (46 percent), but surprisingly mortgages came a close second (41 percent) and even more worryingly, nonstate pension funds were third (33 percent).

“Russians have lost their savings so many times in the last two decades that you have to have some sympathy for their antibank sentiment,” said Olga Kuzina, head of the National Financial Research Agency. “If people think a second wave of the crisis is coming, they will expect high inflation and start buying durable goods like cars, which will keep their value regardless of what happens to the ruble.”