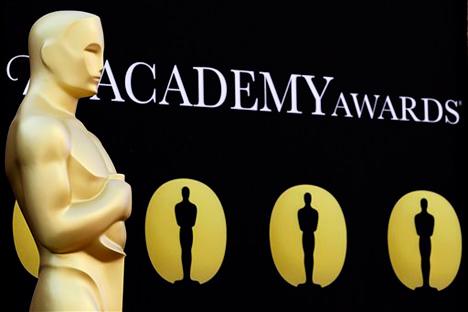 Russia is puzzled by the question who in Russian deserves Oscar. Source: AP

Russia gave the world prominent film directors Sergei Eisenstein and Andrei Tarkovsky, who had a great impact on the world movie industry. Yet now the country cannot figure out who in Russia deserves an Oscar.

“I have stopped smiling, a frosty wind chills my lips / Now there is one hope less, there will be one song more.”

This verse by Anna Akhmatova, Russia’s greatest 20th century poet, is once again relevant: There is now a little less hope that things will work out for Russia’s film industry and that problems will, as they say, resolve themselves.

Here in Moscow, we have witnessed a suspense-filled thriller within the simple and perhaps even noble task of choosing an Oscar candidate for Russia. The country that gave the world several film directors who changed the history of the art, from Sergei Eisenstein to Andrei Tarkovsky, cannot figure out who in Russia deserves an Oscar.

Ekaterina Mtsituridze is a TV presenter, former Cannes jury member and director of Sovexportfilm, an organization that exports Russian films. RBTH is pleased to introduce her as chief film editor.

The Oscars aren’t what they used to be. The show in March fights for its audience. The audience in the United States for foreign films represents a tiny percentage of filmgoers. So even to be nominated first by your country, and then by the Academy, is a huge deal. For any foreign film, it can mean the difference between international distribution and the curse of “straight to DVD.”

But Russia can’t get out of its own way in this nomination process. A rift has opened up among the members of the Russian Oscar committee.

Indeed, the 12 brave members of the Russian Oscar Committee resemble the characters of the film “12,” directed by the central figure in this story — Nikita Mikhalkov. A masterful artist, Milhalkov intuitively grasped that Sidney Lumet’s exploration of the minds and hearts of a jury could resonate in Russia. So he created a highly praised Russian version of “12 Angry Men.” But his “Burnt by the Sun” sequel did not share the same fate.

Now, a new Cinema Union has put forward a set of alternative measures to reform the Oscar committee, supported by the Russian Ministry of Culture. Sovexportfilm, an organization responsible for the international promotion of Russian movies, has offered to play the part of neutral Switzerland.

Independent cinematographers are trying to stay out of the way of the opposing forces. The Oscar committee will be reformed - that much is clear. And we all hope very much that history won’t repeat itself, even as a farce, and that the process of positive change is now beginning within our crazy and talented, if somewhat wayward, cinematographic family.