Getting a seat at the table 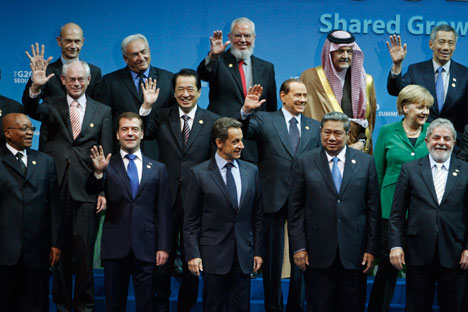 It remains to be seen what consequences Russia's accession to the WTO will result in. Source: AP

For Russia, the main benefit of joining the WTO isn’t economic, but the ability to take part in creating the rules that govern the world economy.

Russia is once again on the brink of joining the World Trade Organization (WTO). I write “once again,” because, in my memory, this is the third or fourth time Russia has been poised to step over that threshold. Russia’s chief WTO accession negotiator, Maxim Medvedkov, said back in mid-2005 that Russia would become a member of the WTO before that year was out. Now it is 2011, and we again expect the fateful decision to be made before the end of this year.

Few areas of economic policy have generated so much debate over the last decade as accession to the WTO.

It is true that after joining the WTO, Russia will have to forget about primitive customs policy methods such as prohibitive duties on the import of foreign cars or direct administrative regulation of foreign investments and import. As we know, use of these methods over a period of many years has failed to protect the domestic automotive industry from falling almost into a coma, although each time Russia was promised that the protective import duties were a temporary measure.

A favorable investment climate in the country is not created by artificially limited competition, but by the protection of property (including intellectual property), an independent and competent judiciary, abandoning the practice of replacing tax administration with “tax racketeering,” a dramatic easing of administrative and bureaucratic pressures on business and individuals, curbing of corruption, and other well-known measures that Russia still needs to implement.

To be sure, WTO accession will increase competition with imports on the domestic market for some sectors of the Russian economy, but consumers will only benefit from that. And this applies not only to the population, but to some domestic producers as well. Simultaneously, conditions for exporters of Russian goods and for our investments abroad will improve, as will the conditions for the inflow of direct investments – an important prerequisite for modernization – into Russia.

The methods for regulating and protecting the domestic market are not, of course, confined to customs duties or administrative barriers. The countries that feel they need additional protection for their own market usually work out a compromise with the WTO. A classic example is China, which, while being a member of the organization, has managed to preserve what is essentially a non-market method for determining the rate of its national currency.

Let it be noted that the demands that were made on Russia in the final stages of the accession negotiations were not all that tough. For example, the permissible level of state support for agriculture is higher than we have at present. As for protection of intellectual property, which was a serious bone of contention with the WTO, Russia desperately needs it. Without it, talk of an innovative economy, modernization and breaking into foreign markets with our hi-tech products will ring hollow.

Incidentally, the immediate gains from WTO accession are not going to be all that great. The benefits from possible use of its mechanisms to counter restrictions on Russian importers in the shape of anti-dumping procedures, import quotas and other measures will amount to several billion dollars (assessments have varied in various years from 2.5 to 4 billion). That is not much, considering the size of Russia’s exports. The main beneficiaries will be the metals industry, producers of mineral fertilizer, grain exporters and several more economic sectors. As for oil and gas, Russia sells exactly as much as customers are prepared to buy and it are prepared to export. The export of hi-tech products is confined to the supply of military hardware to third-world countries. Accession to the WTO will potentially create more favorable conditions for the Russian engineering industry and other sophisticated, science-intensive production by facilitating their entry onto the world market.

Another benefit for Russia will be the aligning of domestic legislation with WTO requirements.

Yet the main thing about joining the organization is not the immediate material benefits for exporters, but access to the negotiations over common rules for the functioning of the world economy and international trade, which is what the WTO is actively doing. It is not by chance that the number of WTO members is comparable to the number of UN member countries. And nobody drops out of the WTO, while virtually all countries seek to join it.

Originally published in Russian in the Itogi magazine