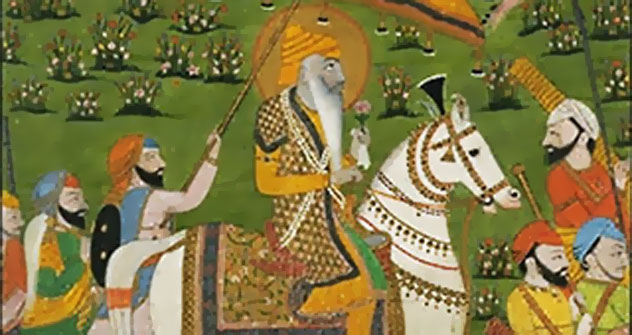 Around 32 years ago, Russian general Nikolai Ogarkov advised Leonid Brezhnev’s cabinet not to invade Afghanistan, saying that the country was unconquerable. Today US generals are asking Barack Obama to get the hell out of the place or else the Americans will have to leave the way they left Vietnam – in their underpants.

Are the Afghans really 10 feet tall? Is subduing Afghanistan an impossible task? Ogarkov, the chief of the Soviet Defense Staff, was of course being cautious. He referred to the rout of several British armies in Afghanistan in the 19th century. (On one notable occasion in 1842 the Afghans massacred a British army numbering over 21,000, allowing one soldier, William Brydon, to go back and tell the story).

Ogarkov was more concerned about the political fallout. An invasion would “align the entire Islamic East against us” he warned. In fact, with Pakistan as a fallback option, the Mujahideen (which was being supplied by the US, Pakistan, Saudi Arabia and China to name just a few) could operate with impunity. The bear’s failure was its failure to swat Pakistan.

For the Russian generals, the temptation to create a second Vietnam in Afghanistan must be huge. However, despite Washington’s thanklessness for its valuable help in fighting the Afghans, Moscow is not interested in spoiling it for the US. Dmitry Rogozin, Russia's ambassador to the North Atlantic Treaty Organisation, says: “In the event of NATO’s defeat in Afghanistan, fundamentalists who are inspired by this victory will set their eyes on the north. First they will hit Tajikistan, then they will try to break into Uzbekistan. If things turn out badly, in about 10 years our boys will have to fight well-armed and well-organised Islamists somewhere in Kazakhstan.”

Not all the armies that invaded Afghanistan were defeated. Around 180 years ago an Indian ruler Ranjit Singh (1799-1839) and his brilliant commander Hari Singh Nalwa defeated the Afghans and the tribes of the Khyber Pass area, in the process securing India’s northwest border. Had it not been for Ranjit Singh, Peshawar and the northwest frontier provinces of India (now in Pakistan) would have been part of Afghanistan today.

But first a flashback: Afghanistan had always been a part of India; it was called Gandhar (modern Kandahar), a vibrant province that gave us excellent art, architecture, literature and scientific knowledge – a world far removed from today’s Taliban infested badlands.

It was an Indian province until 1735 when Nadir Shah of Iran, emboldened by the lack of strong central authority in India, ransacked Delhi and everything on the way. This was a highly opportunistic and reckless act because for the past 25 centuries India and Iran had respected each other’s borders, and though always a bit nervous of each other, the two empires never tried to subvert each other. Nadir Shah annexed Afghanistan and asked the Indians to forget about ever getting it back.

However, Ranjit Singh was not prepared to play according to the Persian script. Nadir Shah’s successor, Ahmad Shah Abdali, had been launching repeated raids into Punjab and Delhi. To check this Ranjit Singh decided to build a modern and powerful army with the employment of Frenchmen, Italians, Greeks, Russians, Germans and Austrians. Two of the foreign officers who entered the Maharaja’s service, Ventura and Allard, had served under Napoleon. Says historian Shiv Kumar Gupta: “All these officers were basically engaged by Ranjit Singh for modernisation of his troops. He never put them in supreme command.”

After conquering Multan, Punjab, in 1818 and Kashmir in 1819, Ranjit Singh led his legions across the Indus and took the Afghan strongholds of Dera Ghazi Khan in 1820 and Dera Ismail Khan in 1821. Alarmed, the Afghans called for a jehad under the leadership of Azim Khan Burkazi, the ruler of Kabul. A big Afghan army collected on the banks of the Kabul River but Ranjit Singh won a decisive victory in 1823. Peshawar was subdued in 1834.

The Afghans, especially the Pathans, considered themselves superior to the Hindus. They even looked down upon Indian Muslims and contemptuously referred to them as Hindko. According to historian Kirpal Singh, the reason for this was that the pride of the Afghans and Pathans was pricked for the first time as they had been defeated by people whom they considered infidels.

So how did Ranjit Singh manage to conquer such fierce mountain people? Mainly by using a blend of sustained aggression latter smoothened by Indian magnanimity. His biggest weapon was the scourge of the Afghans – Nalwa, who in one battle defeated 20,000 Hazaras. To defeat the cunning and fierce Hazaras on their treacherous home terrain was no small feat but to do that with only 7000 men was the stuff of legend.

Indeed, Nalwa had become a legend. He realised that to dominate the warlike tribes, the Indians had to give them the same treatment the Afghans had given the Indians in the past. Says Kirpal Singh, “Nalwa set up a very strong administration in the Peshawar valley. Because the Yusafzais were the most violent tribe, he levied a cess on every Yusafzai household. This cess was to be collected in cash or in kind. For its realisation, personal household property could be appropriated. There was scarcely a village that was not burnt. Part of the city of Peshawar was burnt and the residence of the governor near Kabul was razed to the ground. In such awe were his visitations held that Nalwa’s name was used by Afghan mothers as a term of fright to hush their unruly children.”

Though the spell of Afghan supremacy was broken, the region predominantly populated by turbulent Muslim tribes could not be securely held unless a large army was permanently stationed there. A force of 12,000 men was posted with Nalwa to quell any sign of turbulence and to realise the revenue.

Ranjit Singh ensured that the Afghans never again became a threat to India. The wild tribes of Swat and Khyber were also tamed.

The Indian approach vs the Western one

Since ancient times, Indians have observed Dharma Yuddha or the code of war fighting – civilians are never harmed (this was observed by Greeks 2500 years ago), places of worship are never damaged, and crops and trees are left untouched. It is this tradition that helped Ranjit Singh win a decisive victory in Afghanistan whereas the West is floundering.

First, terror tactics were followed by a period of liberal and secular Indian rule. In fact, secularism was the defining character of Ranjit Singh’s rule. There was no state religion, and religious tolerance was an article of his faith. He refused to treat Muslims like second class citizens. Compare this with the indiscriminate and regular strafing of wedding parties by US and European forces. Indoctrinated American soldiers are stepping off the plane with bagful of Bibles, trying to convert the locals, and furthering alienating the population.

On the other hand, when his victorious army passed through the streets of Peshawar, the maharajah issued strict instructions to his commanders to observe restraint: women, mosques and crops were not touched.

Two, like the NATO forces in Afghanistan today, Ranjit Singh’s army was a coalition too. The Indian king’s main forces were made up of Sikhs and Hindus, while the artillery was operated mainly by Muslims. Over half a dozen European nations are assisting US troops just as European specialists worked for Ranjit Singh.

However, there is a key difference – Ranjit’s Singh’s forces functioned like clockwork with one aim in mind and that was to secure the empire. Today, the US is reluctant to do all the fighting, the British forces are simply not up to the task of taking on the fierce Afghans and rely on bribes to keep their soldiers from being butchered by the Taliban. Do you expect the Afghans to respect such opponents? A gaggle of nationalities, including the Ukrainians, Poles, Australians, New Zealanders, Czechs and Danes are not in Afghanistan to win the hearts and minds or introduce democracy. All they are interested in is sucking up to America and wrapping up their respective free trade agreements. In the meantime, they use civilians for target practice. At least the Russians fought like real men and earned the respect of the Mujahideen.

Nalwa and Ranjit Singh showed how a mixture of ferocity, valour and compassion could tame Afghanistan. At the end of the day, the Indians just did a much better job of fighting.