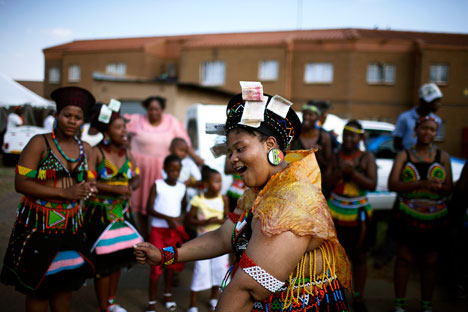 The Brics of China, India, Brazil, Russia and South Africa – and China in particular – are at the forefront of a new scramble for projects and deals in Africa.

What followed on from the imperial age of colonialism and domestic interference, and then the Cold War politicking division of Africa, ended up in today’s renewed scramble for Africa, one which is clad under an emerging-economy-cape of resource security and commercial favour. Each foreign power brings to the continent its own distinct business nous, yet collectively the Brics are instrumental in transforming Africa’s business fortunes.

Leaving aside China’s dominant position in Africa, this article untangles a few of the other Brics’ African activities. Refer to The China Analyst online to see the article in full, as well as many other gems relating to China’s global engagement.

The global balance of power is shifting into the hands of the rapidly industrialising emerging growth giants, especially the Brics block of economies – which excluding South Africa as the smallest strategic (gateway to Africa) member – are today fuelling the global recovery with their huge demand requirements, high growth multiples and vast deployment of capital. Explosive population growth and rapid urbanisation in these economies have engendered a vital demand for food and energy security, and an urgent need for capital stock build-up, in particular transport, power, communication and housing infrastructure.

In Africa the emerging Brics have latched on to China’s coattails in seeking commercial favour and opportunity, although each with their own individual modus operandi and business methodology. Yet they all have the same purpose, namely to secure a foothold in Africa’s vast and rich resource offerings.

I have made the point many times that the Brics story is not merely one described by an exchange of outgoing raw materials in return for inbound capital, tools, and cheap final products. Granted, that to date this has largely been the platform upon which their African relationships have been built. My argument is that in delving more into the other non-Chinese actors’ involvement in Africa, we are able to see first and foremost that the Chinese are by no means alone in the level of their engagement, and as the floodgates for broader, more ingrained and competitive partnerships are opening, so too will Africa’s story change in its balance of power, trade and investment.

In fact when put in a global context, all the Brics still only play a relatively small role in Africa – a sentiment often reiterated by their respective executives – however the rapid rise, current pace and scale of Brics’ commitment to Africa is striking.

The large Bric economies (as well as other emerging players such as South Korea, Turkey and Indonesia), all have the same comparative advantage in their outward engagement: they are able to access large pools of finance and cash reserves (mostly through state incentives and subsidised support), and they also uphold a version of the Developmental State Model that encourages a statist approach to business - explicit in the case of China - that enables private enterprise and mercantile commerce, rather than perpetuating poor management approaches which translates into an unproductive utilisation of strategic assets.

As a bloc, the Brics' global outward foreign direct investment (FDI) stock build-up increased substantially from $134bn in 2000 to over $1.085bn in 2010 – a mammoth 710% increase, yet only a small smattering (2.7%) of this was destined for Africa. Developed economies still provide the largest vested interest of capital stock in Africa – roughly 40% originates from the European economies.

Since 2000, the majority of Brics outward investments in Africa have mostly been in cross-border mergers and acquisitions (M&A). Considered purely by this measure, the number of Brics engagements is impressive. Between 2000 to year-end 2009, India originated the majority of deals, 812 in all, almost double China’s 450, while Russian firms undertook 436 deals, South African enterprises at least 237, and Brazil 190 deals. For the year 2010 up to the end of May 2011, China led the way by undertaking 195 new deals, followed closely by India with 183, Russia 102, Brazil 51, and South Africa 40 according to UNCTAD’s World Investment Report (2011).

The trade relationship between the emerging economies and Africa is, however, the one that best defines the scale of their overall commitment and interest on the continent.

Collective bilateral trade between the Brics and Africa for instance ballooned from a mere US$ 24.3bn in 2000 to US$ 193.4bn in 2010 – though China's 2010 share of US$ 123.3bn alone makes up 64% of the Brics’ total, showing China’s obvious authority within the group. 2011 Sino-African trade volume is currently poised to meet the US$160 billion mark according to China’s Ministry of Commerce, and double by 2015.

Of Africa’s total trade volume with the world, the Brics collectively account for an impressive 22%, which hardly measured 10% in 2000. Since 2009, China is Africa’s single largest trading country, contributing roughly 13% of Africa’s bilateral global total trade (which in 2010 reached US$962 billion), and India still only hovering around 5%.

Shockingly however, South Korea’s contribution already exceeds both Brazil and South Africa’s trade with the continent, while the South Africa’s intra-Africa trade is only on par with Turkey’s existing level, and Indonesia with Russia’s. All the Brics are proposing multiple lift-offs in their trade engagement with Africa, though the ones to watch out for as main competitors to China and India in the decade to come are South Korea and Indonesia.

Brazil: Not only Lusophone specialists

To date Brazil’s multinational firms have mostly been involved in Africa’s construction and upstream exploration and energy production. The likes of Petrobras, which is one of the global oil and gas leaders, has staked increasing claims in Africa, especially in Nigeria, Senegal and Angola, while also maintaining exploration activity in Mozambique and Tanzania. Brazilian companies hold a comparative advantage in Lusophone countries Angola and Mozambique. Mining giant Vale, the world’s second-largest diversified mining company, sports over US$ 150 billion market capitalisation and a wide footprint in Africa – extracting coal and iron ore, exploring untapped copper, nickel, platinum and diamond deposits in the frontier economies of Mozambique, Angola, Guinea, Liberia and Zambia.

Brazil’s African focus has shifted in line with other emerging giants, though it still trails far behind China. In the seven years to 2009, Brazil invested in 25 Greenfield projects. Vale, for instance, is planning to invest US$15-20bn in Africa over the next five years (more than China’s current capital stock in Africa according to official figures), and is leading the way forward for Brazilian interests in the continent. As of mid-2011, Vale’s direct investment into Africa already totalled US$ 2.5 billion. Impressive as these numbers are, they pale in comparison to the near US$ 24 billion being invested by Vale in their own backyard (Brazil and neighbouring countries).

Petrobras has already deployed USD 2 billion into Africa, also putting aside a further $3bn for deepwater exploration off Nigeria and Angola. Brazil’s own Odebrecht Mining Services is its preferred contractor for operations in Africa – which in 2009 collected over US$2.4bn in revenues from its African operations, or 10% of its total earnings.

Brazil currently only manages a low level of bilateral trade with Africa, lingering close to the US$20bn mark in 2010. It is widely estimated that Brazil’s trade will be hiked up by more than 100% by 2015, reaching US$ 45bn. Its investment stock in Africa will also be upped from between US$ 8-12bn in 2010 (only an approximate 7% of its total global stock), rising gradually to US$ 15bn by 2015.

Russian firms with the largest foothold in Africa have been focused on energy and mineral resource acquisitions. Growing global energy concerns and profit-seeking motives have fuelled Russia’s geo-strategic positioning in resources. As a country, it consumed effectively the same barrels per day of oil as all of Africa did in 2009, just edging out Brazil. Russia has leveraged its Cold War relations with Africa and pursued proactive government incentives to urge its champion state-aligned enterprises to acquire resource assets.

Russian firms retain a skilled advantage in the extractive industries, and it is therefore expected that their recalibrated African focus will be grounded in fixed investments and M&A activity, rather than trade.

Invested stock in Africa will very likely more than triple from current levels – roughly US$ 5bn. The enterprises that have shown most interest in Africa’s mineral resource sector to date has been the likes of Norilsk Nickel (the world’s largest nickel and palladium producer, as well as one of the largest in platinum and copper); Alrosa, which has diamond interests in Angola (where it is building a hydroelectric dam backed by a concession to explore for off shore oil and gas), Namibia (where it too is building an electric plant), and the DRC. Others are UC RusAl (the world's largest aluminium producer) with revenue capacity in Angola, Guinea, Nigeria, South Africa and Botswana; and Severstal, which is preying heavily on West African gold deposits, already committed to a US$2.5bn iron or mining project in Liberia.

In the energy sector, Russia’s state-owned oil and gas major Gazprom and Lukoil have both sought interests in Namibia’s gas fields, Tanzania’s off shore blocks, and West African deep-water exploration and midstream activity – Gazprom for instance invested in a production sharing agreement with Nigerian State Oil Company worth US$ 2.5bn.

Renaissance Capital, a leading Russian investment and equity firm, entered Sub-Saharan Africa in 2006, and has since organised a number of Africa’s largest IPOs. Renaissance also established a US$ 1bn pure Africa-Fund, and deployed US$500m into Africa thus far. They have offices in South Africa, Nigeria, Kenya, Zimbabwe, Zambia and Ghana, and now also setting up to offer the full gambit of sophisticated financial services in Rwanda. Renaissance also owns 25% of Nigeria's Ecobank, with branches in 11 African countries.

This article was originaly published at MoneyWeb