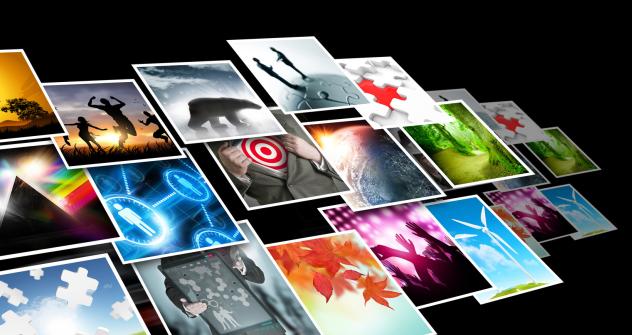 Playtime: the Apple App Store and Android Market make it easy for Russian firms to sell their games internationally.

AlterGeo is a location-based social networking service for mobile devices. AlterGeo allows its users to discover new cafés, shops and other venues included in a list the application locates nearby. Users can benefit from discounts and be rewarded with points when 'checking-in' to a venue.

Launched in 2008 – even before Foursquare appeared on the U.S. market – AlterGeo now claims 800,000 registered users. Only a fraction, however, are considered active users. On the domestic market, the Moscow startup is still well ahead of Foursquare, which launched its Russian version only in September 2011.

AlterGeo has just opened representative offices in St. Petersburg and Kiev, marking the first steps in its expansion throughout Russia and the former Soviet republics.

In June of this year, AlterGeo closed its third round of financing with Intel Capital, Almaz Capital Partners, a prominent Russian venture fund, and American Swiss-born investor and philanthropist Esther Dyson. The company was at the time estimated to be valued between 20 and 25 million dollars.

One the biggest international successes in mobile games to date, Cut the Rope has a straightforward gameplay: the player has to swipe a finger across the screen to cut ropes which hold candies to feed the little monster Om Nom.

The game was originally developed for Apple devices. After hitting Apple’s Appstore on October 4, 2010, Cut the Rope was downloaded 1 million times in its first 10 days and a total of more than 60 million times to date from all platforms.

By comparison, Angry Birds, released by Finnish Rovio Mobile in late 2009, had been downloaded 120 million times as of the end of March 2011.

Cut the Rope was masterminded by twins from Moscow, 29-year-old Semyon and Efim Voinov. The game won an Apple Design Award for the iPhone platform at the Apple Worldwide Developer Conference in June, 2011. In March, it was lauded at the 7th British Academy Video Games Awards in the Hand-held game category.

MewSim, raising a cat into an obedient pet or miniature terror

MewSim is a comic interactive simulator that allows players to raise a cat into an obedient and affectionate pet or just a small terror. You can choose gender and color of your pet, give it a name and choose unique characteristics and talents. You also can trade your cats with your friends via Bluetooth.

After initial success in Russia and abroad in traditional Java format, MewSim was made available in 2010 to iPhone and Samsung users in English, French, German, Italian, Polish, Russian and Spanish versions. It reached the top in the Games and Free sections of Apple's Russian App Store and in the Family and Simulator games in the Polish App Store.

A series of variations have been offered, including MewSim iQuest, a romantic quest of a little errant for love and happiness made available in the spring of this year to iPhone, iPad and iPod touch users.

Also, check out our own iPad app: https://www.rbth.com/ipad

A high-definition, role-simulation game where players turn lovely sun, sea and beaches into a flourishing resort business. Gamers entertain rich tourists in casinos and entertainment centers, build hotels, restaurants and discos and learn to manage their own business.

Launched in December 2010, the game has maintained first place in Top Grossing Android Market since May 2011, generating as much as $1 million in revenues every month for its publisher Game Insight. In September, the game reached 5 million players.

Pocket Blonde, a beautiful if basic girl within your phone

Is it every man’s fantasy? A charming girl residing in your phone, Blondie is smart despite the stereotypes. She wakes you in the morning, chats about recent news, makes jokes, sends out birthday reminders, delivers a morning horoscope and keeps her eye on the weather. Blondie also remembers things: If suddenly you clean or change your phone, she will remember you, so you won't have to get acquainted again.

Pocket Blonde was developed by i-Free, a major mobile content provider from St. Petersburg, as part of Brainy, a series of “Smart Mobile Aide” applications with advanced interfaces. Launched in March of this year on the Android market, the app has been downloaded by more than 1 million users mainly from Russia, United States and China.

Developed by Moscow programmer Maxim Petrov, aka Max MP, Power Amp has been praised as one of the best third-party music players available for Android, where it was released in November 2010.

Speaktoit, a talking virtual assistant in your pocket

This talking assistant is also a virtual buddy for smartphones; it can answer questions in natural language, notify users about important events, launch apps and connect you with web services such as Google, Facebook or Twitter. The app works with your smartphone to get maps, search for news and images, look up weather reports, convert currency and measurements, send email, and much more.

You can also choose your assistant's appearance from a range of types – from a pretty blonde or brunette to a handsome agent or wizened professor.

The Moscow-based startup behind Speaktoit won a number of startup contests and has become a resident of Skolkovo, the state-sponsored innovation hub under completion near Moscow.

Stand O'Food, a burger-building game for your mobile

This fast-paced restaurant challenge has gathered millions of players from around the world. Gamers have to speed up to feed a host of hungry patrons before they leave, slapping together burgers and cooking up bacon. They learn to put the sandwiches together in the correct sequence and earn money to purchase condiments and upgrade equipment.

Since its release on the iPhone in June, 2009, the game has had close to 2.2 million downloads across mobile platforms all over the world.

Although operating globally, G5 Entertainment was founded in Russia and has its development units in Moscow and Kharkov, Ukraine. Partnering with dozens of game developers, the company is asserting itself as a major publisher of casual games on iOS and Android platforms. Its Android games, launched on Android Market for the first time in July of this year, achieved more than 6 million downloads in 3 months.

Initially developed as a useful educational tool geared towards amateur astronomers, students, and professionals, Start Walk has reached a wide international audience thanks to its attractive graphics and original features. Among them are Picture of the Day, a list of beautiful celestial pictures, Star Spotter, a digital compass showing the sky as seen in reality and following your movements, and Time Machine, which allows users to star gaze into the past or future. The meteor showers feature falling stars glittering on the screen. A 3D Earth view allows virtual observation of the skies from any place in the world.

The application was among the top 10 purchased iPad apps for 2010. It was named one of the best apps in 2009 and 2010, received an Apple Design Award in 2010, and was featured in an iPad commercial.

This app helps consumers navigate their way through Russian shopping malls, providing a wide range of information on shops, products and discounts with mall maps and, soon, city maps.

The Wizee app has been downloaded more than 50,000 times since its release in May this year. It is used daily by 3,000 users from Moscow, St. Petersburg and Novosibirsk. Wizee plans to cover shopping venues in all major cities in Russia and other former Soviet republics, and has ambitions to expand internationally, claiming advantages over U.S. analogs Fastmall and Point Inside.

The startup – which has no direct competitor in Russia – was founded in early 2011 by young Moscow entrepreneurs Anton Lebedev, Denis Kurkov and Vladimir Martynov. It received initial support from Swedish and Russian angel investors and is now in discussions with Western and Russian venture funds for a more significant round of financing.