Smartphones get boost from Russian satellites 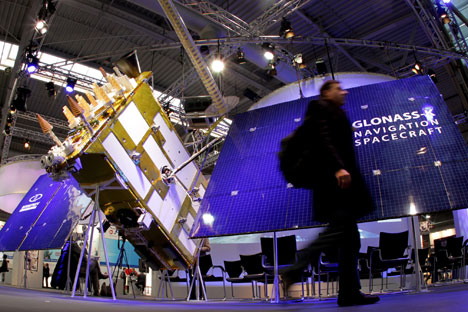 The rapidly developing GLONASS technology, the Russian alternative to GPS, will soon allow smartphone users to take a peek at a map anytime they want to.

Aleksandr Gurko, Head of the GLONASS distribution company, says he expects to have agreements with most smartphones producers such as ZTE, Huawei and HTC and to extend existing deals with Nokia, Apple and Motorola.

But that’s not the only use of the navigation system – it’s actively used by emergency services, the police, oil and gas companies. Gurko says his company will cooperate with other firms, such as Finnish retailer Stockman, to build logistic transport centers. Another use of the technology is monitoring heavy trucks so as to make them pay a toll for damaging road surfaces. This system of truck-tolls is currently in use and Germany and will be introduced in Russia.

The company has seen a tenfold growth rate this year, and has been expanding into India, Belarus and Ukraine.

GLONASS, an acronym for “Global Navigation Systems”, was originally conceived during the Soviet era and its satellites were launched into orbit in the 1980s. However, during the 1990s, when financing was drastically reduced, the system dilapidated and was only revived during the presidency of Vladimir Putin. It was fully recompleted last month with the launch of the 24th satellite. Cars made in Russia started deploying the system in 2007.