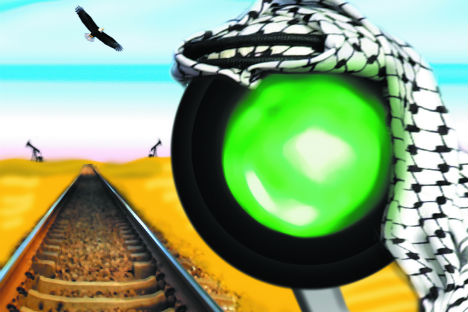 'The Arab Spring' came as a total surprise to the world community, provoking different interpretations. What lies at the heart of these upheavals? Find out...

“The Arab Spring” came as a total surprise to the world community. At first glance, there was something unnatural about the sudden and simultaneous anti-dictatorship upheavals in several Arab countries at a time, which prompted explanations that were either overly simplistic or relied on conspiracy theories. The proclaimed democratic goals bred suspicions that the fighters against dictatorship were acting at the behest of or on a signal from the West, suspicions that were further reinforced by the coalition’s messy adventure in Libya.

At the same time, the fact that Islamic parties were openly and actively involved in these movements generated panicky forecasts of an imminent triumph by Al Qaeda and future aggression on the part of the Islamic world. Indeed, the victory of the Islamic party in the Tunisian parliamentary elections shortly after the fall of the dictatorship came as a surprise, while Libya announced that its future political system would follow Sharia principles, including polygamy and a ban on divorce. All this is taking place against a background of growing popularity of the Muslim Brothers in Egypt.

Come to think of it, such embarrassing situations are inevitable as long as politicians look at evolutionary processes in the world exclusively through the prism of geopolitics, as is thought to be proper in the context of victorious globalisation.

Yet, if one looks at developments in the Arab countries from the viewpoint of their internal historical evolution, it is clear that the current events are a logical and inevitable stage brought forth by an objective need for national self-identification.

The process was artificially held back in the 19th and 20th centuries by European colonisation of the entire Muslim Belt from North Africa to South-East Asia. As they left, the Europeans deemed it their duty to bequeath to these countries political structures that mindlessly copied the political set-up of the former “mother countries”, having nothing to do with local religious and social traditions. Herein lay the contradiction of the post-colonial statehood of the Muslim countries: having evolved and become entrenched under the influence of former mother countries, they could not, a priori, accord with the mentality, traditions and social patterns or, to put it simply, with the national identities of the local societies.

Today, the time has now come to modify that statehood in accordance with the long-simmering demand for national self identification, which includes a religious element. If European democracy, in its time, was rooted in Christian morality, why should Islam and other religious countries be deemed incapable of giving an impetus to democracy with “its own face”?

What is happening in the Arab East is not so much a denial of Western, essentially Christian values as a natural strengthening of local religious, ethnic and ethical traditions by legitimising them. Those who had expected the Arabs, for example, in the face of globalisation, to build their societies according to European templates were simply naïve, not to say ignorant.

A still more convincing precedent is offered by Turkey, which lived under the democracy instituted by Kemal Ataturk according to Western templates for a whole century before it turned out that democracy had been effective only thanks to the stern oversight of the army, which eventually lost its political influence under the onslaught of advocates of Turkey’s Islamic identity.

It is hard to say how aggressive the emerging independent and self-sufficient Islamic world will be. The quest for self-identification might result in a “modernistion” of Islam and the Islamic political culture. Yet, if that process is carried through to its logical conclusion, we will inevitably witness another world split.

And what of Russia? Its authorities have reacted to the “Arab Spring” in an equally panicky way, being apparently convinced that Russian society could follow the example of the Egyptians and Tunisians. But no one seems to have noticed that the processes going on in our country’s Muslim republics are basically the same as those that preceeded the “Arab Spring.” They, too, are in seeking national-cultural and religious identity. While in Tatarstan and Bashkiria, the phenomenon is this side of political correctness, in the Caucasus it has practically spun out of control.

Because the authorities turn a blind eye to these processes, the latter increasingly assume the character of folkloric-criminal confrontation between “Russians” and “non-Russians,” between “Muslims” and “infidels.” Some dance lezginka on Moscow’s Manezh Square, while others come to the same square to beat up the people from the Caucasus. Some are jubilant because Kurban Bayram brought together 170,000 Muslims in Moscow to the Russian March’s seven thousand, while others again call for a ban on building mosques in Russian cities. But both sides look increasingly for pretexts to shoot at one another from non-lethal guns.

In this situation, the authorities are proving helpless in trying to put the situation right by feeble preaching about the need to respect local customs and the rules of decent behaviour. Politicians and the Orthodox Church are making statements from which it follows that restoration of Russian national traditions and Orthodox morality constitutes the only way to restore Russia’s identity as a state. Thus they turn the logical and natural search for national identity by the peoples of Russia into an ethnic and inter-religious confrontation.