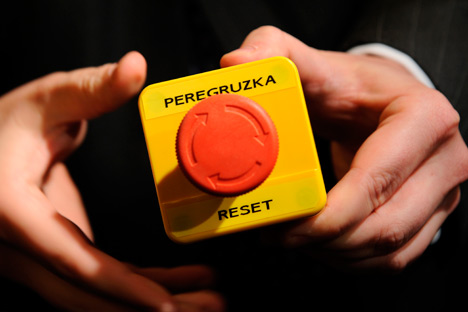 With the U.S. presidential campaign being in full swing, the American politicians are divided in their assessment of the "reset." Source: AP

Before the U.S. presidential elections some Republicans try to diminish the achievements of the Russian-American reset while the U.S. business circles and Democrats keep supporting it

The U.S. presidential election is still a year away, but the fight for the White House is in full swing. In this fight, anything goes, and the Republicans are determined to take away every chance President Barack Obama has of winning. Obama has performed better in international affairs than in the economy, and the reset in relations with Russia is among the brightest feathers in his cap. Many Republicans believe that the reset has to be compromised at all costs, even if the United States’ own interests suffer as a consequence.

One would think that U.S. Rep. John Boehner (R-OH), speaker of the House of Representatives, has little time to waste. Congress is fiercely debating the impending dramatic budget cuts, attempts to reduce unemployment and lessen the national debt, which is nearing $15 trillion. The Occupy Wall Street protest movement is on the rise, and several cities have already experienced clashes with the police.

Nonetheless, Boehner dropped his pressing agenda and went to the Heritage Foundation last week to announce that the reset is a total failure for the United States and benefits Russia alone. I suspect that Boehner’s appearance was due in part to the exceedingly active Georgian lobby, who could be found among the audience. The theme of Russian aggression against Georgia was expressed not just in Boehner’s speech but in others as well.

The leitmotif of all the speeches at Heritage was that the reset is doing harm both to the economy and to U.S. security, and therefore should be discontinued.

Every U.S. company trading with Russia — and there are hundreds, including top companies in the Forbes 500 list — believe precisely the opposite — that the reset should be continued. They also strongly support Russia’s accession to the World Trade Organization and advocate the repeal of the Jackson-Vanik amendment, which they believe would be in their corporate interests and in the interests of the country as a whole.

As for security, the fact that Russia provides transport corridors for the delivery of military and other supplies to the troops of the United States and NATO along the northern route to Afghanistan makes the reset indispensable.

It is a known fact that taking those supplies along the southern route via the territory of so-called U.S. ally Pakistan has frequently ended in transport convoys blown up and even occasionally casualties among U.S. servicemen. It is hardly a secret that, although the strikes were delivered by the Taliban, they acted with direct support from Pakistani secret services.

Michael McFaul, nominated as the next U.S. ambassador to Russia, said in no uncertain terms at a Senate hearing on Oct. 12 that the reset was based strictly on those positions that benefit the United States and that the Obama administration had never given away gifts to Russia.

So who is more concerned about U.S. interests — supporters or opponents of the reset? Opinion is divided even in the Republican party itself. Reset bashing has come up against some resistance not only from leading Russia experts but from some Republicans. Let’s hope these voices of support are represented in Congress so that the reset can continue to improve our relationship.

Edward Lozansky is president of the American University in Moscow.

Firsly published in the Moscow Times.