Voice of Russia in India: 70 years and going strong 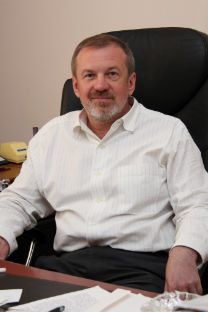 Andrei Bystritsky, the chairman of the Voice of Russia radio station

Since the first broadcast in India in 1942, Voice of Russia has informed and entertained generations of Indians. The popularity of the radio station is growing, setting the stage for the Sixth All-India Conference of Listeners’ Clubs of Voice of Russia. Now, you can also download Voice of Russia on their smart phones.

There’s an old joke about an Englishman who moved to a desert island. First, he built himself a house and then two shacks: a club to go to, and a club to ignore. A British-inspired desire to form social organizations and natural Indian curiosity are two major reasons for the rapid proliferation of listeners’ clubs for Voice of Russia in India, says Andrei Bystritsky, chairman of the state radio company.

The exact number of these clubs is not known, says Bystritsky, but there must be around 150 of them. And tens of thousands of people in India faithfully listen to the Voice of Russia. It’s an eclectic crowd of listeners, comprising intellectuals, college graduates, young professionals, schoolteachers, and agronomists.

But an older generation is also part of the audience. Which makes sense: the first broadcast was aired on May 18, 1942. Special Correspondent Natalia Benyukh laments that there is no longer the linguistic diversity that there was during the days of the former USSR. Back then, broadcasts were aired in no less than 12 of India’s national languages: Oriya, Telugu, Assamese, Tamil, and more. And, of course, Hindi, English, Urdu, and Bengali, just like now. The latter, however, can only be heard on the company’s website.

The cutback of broadcast languages drew the attention of Prime Minister Vladimir Putin. When Putin visited India last year, he remarked that the main advantage of Voice of Russia now is that it uses the latest technologies. The innovative approach in general is characteristic of Russia media companies working abroad, Putin said. For example, MTS corporation broadcasts programmes live from Russia in real time, including onscreen on wireless phones. But the prime minister promised that the number of broadcast languages should be increased, at the government level if necessary.

Bystritsky names another reason for Voice of Russia’s popularity in India. The radio station, he says, is in fact the only direct source of information about Russia. Usually all news comes through specialised news agencies, which do not always provide impartial and unbiased coverage of events.  Members of the Indian clubs have repeatedly criticised the agencies for excessively negative coverage. Voice of Russia is ideal in terms of depth and credibility: it offers the latest news and updates on developments in Russian science and culture.

Despite the fact that India is largely an agrarian country, and the listeners’ clubs mainly consist of rural intellectuals, interest among radio fans is widespread. One of the most active clubs is the Kisaan Shrota Club (Club of Farmer Listeners) in Barma, a village in Bihar. It was registered more than 20 years ago. Its president, Krishna Murari Singh “Kisaan,” an agriculturalist, spends his spare time listening to the radio, writing poetry and books on agrarian issues and travelling. In May 2008, he was awarded the Kisaan Bhushan Award by the Indian government. The Green Peace DIEKS Club in the city of Sonpuri in Chhattisgarh is also equally active. Its president, schoolteacher Chunnilal Keyvart, has been interested in broadcasts on Indian-Russian relations for many years. Bystritsky notes that although they all seem very different, these organisations all have one distinctive feature: a pronounced desire for two-way communication. Almost all the listeners’ clubs consider it their duty to regularly send letters to editors. The hosts of programmes on Voice of Russia often include excerpts from correspondence in their broadcasts.

Editors manage to squeeze in an interaction with the audience, as well as many other interesting programmes, in a short period of time: two hours of FM-band broadcasting per day. VOR can be listened to on the FM radio in four major cities and their environs: Mumbai, Delhi, Kolkata (formerly called Calcutta), and Bangalore. This has been made possible through a collaboration with Fever FM (ranked 3-4), a popular radio station whose frequency Voice of Russia broadcasts on. Previously, the radio station could only be heard on the HF frequency.

In another technological innovation, Voice of Russia has released an application for the App Store. Now, to get the latest news, Indian listeners with smart phones don’t even have to buy a radio – they can just download the free programme.

There is much talk about the death of traditional formats, including radio, Bystritsky grins. But, says Voice of Russia’s head, “Reports of the demise have been, to put it mildly, exaggerated.” India is a classic example of a country where the radio audience is growing exponentially from year to year. The reason for that is simple: the extremely low price of the equipment needed to listen to programmes – the simplest receiver costs no more than 50 cents. India is a country that is developing rapidly, and at the same time retains a strong national identity: its citizens are interested in learning about their country’s role in geo-politics and about its place in the world, says Bystritsky. But, like any developing country, India has some limitations: providing internet access to everyone hungry for information won’t be possible in the near future, not to mention delivering a stream of low cost computers. That’s why the radio, in particular Voice of Russia, is the best option for curious Indians to learn about what’s happening firsthand. And indeed, the chairman asks, how many Western stations are broadcasting in India? One or two, at best three, and the Voice of Russia is probably the most informative of them, says Bystritsky, with a touch of pride.

Especially since the information received is extremely beneficial to the lives of Indians, says Special Correspondent to India Natalia Benyukh. People come together specifically to listen to our programmes and then share their impressions, talk about the latest trends and news with local officials, and maybe even adopt some experience. We are trying to help them with this, says Benyukh. In early December, there will be the Sixth All-India Conference of Listeners’ Clubs of Voice of Russia. Like the previous ones, it is organised with extensive support from the Embassy of the Russian Federation and the Russian Center of Science and Culture. “We are trying to make this event as vivid and memorable as possible,” the correspondent says. “We tell our listeners about the most interesting things, and hold quizzes and competitions on knowledge of Russian realities, Russian history and literature. In addition, we cover all cultural events associated with the Russian Federation that take place in the country, whether it is a film premier or a concert of a popular singer,” Benyukh says.

The trend for forming clubs has spread beyond India. In neighboring Pakistan, the number of units of listeners is, however, smaller, about 50, but a conference is held regularly. Of course, we’d most like to greatly expand broadcasts, maybe even launch some kind of TV project, says Bystritsky, adding: “but I regret to say that funding doesn’t allow it.”