Middle Class: What Russia can learn from India, developed democracies 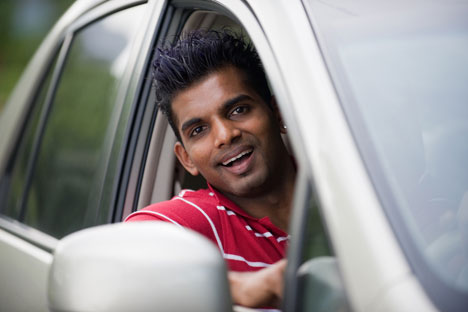 As Russia experiments with democratic transformation, it can draw upon the experience of India and the industrially developed nations in harnessing the middle class as an agent of change and national renewal, says Andrei Volodin

The middle class forms the support frame for the economy and politics, as well as for public peace, as shown by modern democracies, including India. In the US, the middle-class society was formed under the influence of F. D. Roosevelt’s New Deal – it became the active antithesis to class struggle and other radical forms of social transformation. Later, neo-conservatives led by Ronald Reagan ruined that social framework, which was quite effective, and threatened the leading role of the middle class in the continuous renovation of the U.S.

After the disintegration of the Soviet Union and two decades of liberal-reformist “wanderings” – a term coined by Vladimir Putin – Russia is once again faced with the challenge of restoring its middle class as the foundation of social vitality.

The Russian middle class: life is what you make it

Unlike post-Soviet Russia, in modern India, the middle class has never stopped developing. This process started back during the British Raj and received a powerful impetus after India gained independence in 1947. It is indicative that the first academic studies of the middle class phenomenon appeared in India back in the early 1960s, whereas, in Russia, we used to apply the academically amorphous term “middle strata” to this social community.

The middle class incorporates not only the economically active population but also the production and reproduction of ideas (in the process of scientific development); non-governmental expertise that saves billions of roubles and euros by precluding questionable industrial, infrastructure and other projects; and, finally, professional politicians, whose main concern is for the public good and social peace. In India, which has never had the natural resource potential of the USSR/Russia, the formation of human capital, i.e., people’s knowledge and skills, as well as the ability to turn them into economic growth and development has remained the Alpha and Omega of state policy since Jawaharlal Nehru. This activity still forms the backbone of any Indian government’s policy, irrespective of its ideological and political preferences.

A bird’s eye view of industrially advanced societies makes it clear that the results of parliamentary elections in these social systems reflect the correlation of forces within the middle class and groups gravitating towards the middle class. India, with its distinctive ethnic, linguistic and regional specifics, has seen a system of alternative political coalitions (like in the “civilised” countries of the West) since the late 1960s-early 1970s. These coalitions work to promote continuous evolution of society, the economy, politics and other vital forms of human activity. M. J. Akbar, a prominent Indian journalist and analyst, believes that the current Indian political and party system is going through the semi-finals of its development, whereas the “final” may take place during the next elections, slated for 2014. India may thus obtain a flexible and plastic party system capable of “pushing” society forward and absorbing the “stresses” of the dynamic and contradictory (for various social groups) economic growth by 2020. The establishment of a developed and diversified system of political representation in India might, therefore, take at least four decades; while, in my opinion, Russia is too pressed for time to complete this process. During this period, it is important to resolve several fundamental social problems all at once.

First, to reach a nationwide consensus about the macro-objectives of the country’s development, primarily a qualitative reduction in socio-economic and inter-regional disparities in Russia, while bearing in mind that a polarised society will not only fail to develop but also reproduce the flagrant contradictions that, at their peak, can lead the nation to self-destruction.

Second, to join the efforts of the authorities and the people to formulate a “code” of political communication in Russian society which will allow “paroxysmal” social shocks to be averted during power transfers from one “elite” group to another. (We have to be alerted by the events of the Arab Spring of 2011, especially in Egypt, the citadel of the Arab world, where intellectuals and sensible politicians are concerned that the political developments might follow the “destructive Soviet scenario” of the late 1980s-early 1990s).

Third, in the process of vigorous and constructive cooperation among Russia’s various socio-political forces, we have to find an algorithm for re-industrialisation and re-modernisation of our country as soon as possible, emphasising a step-up in efforts to re-create the middle class, “the inspirer and organiser of all our victories”, as they used to say. While on this path, we will definitely need the critically rethought experience of both India and the industrially developed nations. Then the forecasts of the post-election situation in our country will become the exclusive domain of psephologists and political scientists, whereas most of the population will treat elections and domestic politicians with a healthy scepticism just as they do in India and other politically advanced countries.