The great game is to avoid war in Iran 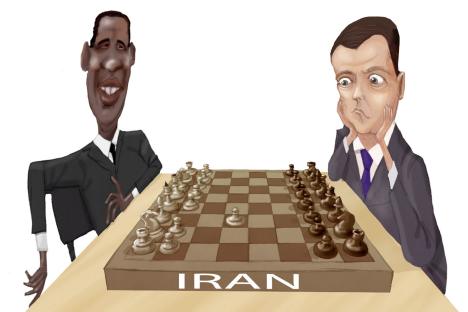 No other sphere of Russia’s foreign policy is subject to such wide-ranging scrutiny as Moscow’s policy towards Iran.

Conservative American analysts in think-tanks such as the Heritage Foundation often view Russia as a tacit ally of Iran, turning a blind eye to its dangerous nuclear programme and ignoring the Iranian regime’s aggressive form of Islamist fundamentalism.

Israeli government officials, when visiting Moscow, persistently point to the divergence of Russia’s national interests with those of Iran, citing Russia’s own troubles with Islamist fundamentalism in the North Caucasus and, earlier, in Central Asia and Afghanistan. Obviously pursuing their country’s national interest, those Israeli officials believe in the possibility of a return to the very cold peace that existed between the Soviet Union and Iran in the Eighties, when Moscow was very wary of the effect of Ayatollah Khomeini’s teachings on its Muslim minorities.

So what is the Russian authorities’ attitude now? And where does Russia’s national interest in the Iranian question lie? The truth is that the Kremlin has been sending out a whole array of signals on the issue, some of which are contradictory. On the one hand, Russia stopped selling or transiting any kind of weapons to Iran, fulfilling UN resolution 1929, which was adopted in June 2010. This meant cancelling the contract to ship S-300 surface-to-air missiles to Iran, which could have helped the Iranians to challenge Israel’s superiority in the air. On the other hand, Russia finished the construction of the nuclear power station in Bushehr. Where is the logic?

Actually, the logic is very simple: Russia is concerned about Iran’s nuclear programme. It has no sympathy for Islamist fundamentalism but, considering Iran is right next to Russia’s border and to the borders of Azerbaijan, a former Soviet republic with a several million-strong Azeri minority in Iran, it is extremely keen to avoid a war breaking out on its doorstep. It is not too difficult to guess in which direction the Azeri minority would flee from Iran in the event of it being turned into a war zone. Azeris are already the biggest Muslim minority in Russia.

Hence Russia’s strong desire to see Iran at peace with other countries and to have a peaceful nuclear programme. Incidentally, the Nuclear Non-Proliferation Treaty (NPT), of which Iran is a signatory, obliges nuclear powers to help non-nuclear countries to develop the peaceful use of atomic energy. The balancing act between Iran and the West, which Russia has to perform, however, is becoming more and more difficult. It should be said that Iran has shown remarkable restraint in its reaction to a number of regional wars in which Russia has been a party in recent years. Unlike certain Western circles, Iran never provided help to anti-Russian mudjaheddin in Afghanistan or to the Chechen rebels, and it stayed largely neutral in the conflict between Armenia and Azerbaijan, despite an obvious temptation to show solidarity with its  Muslim brothers.

Tehran’s restraint in Russia- related issues is ever more laudable, since Iran historically has had little positive sentiment about Russia. Modern Azerbaijan had for centuries been a part of the Iranian empire, and Georgia was in its zone of influence until the Russian tsars wrestled the territories away from Iran in the early 19th century. In his childhood, Ayatollah Khomeini was a witness to the joint Soviet-British occupation of Iran in 1941. But despite the troubled history, Iran’s rhetoric on Russia is in most cases less critical than that of some members of the EU .

The recent Western interventions in Iraq, and even more recently in Libya, make Russia suspicious of what lies behind Western hostility towards Iran. Iranian restraint in Afghanistan and the Caucasus makes Russians somewhat sceptical about the information on Iran’s support for extremists in the Middle East – a region which is becoming more and more distanced and estranged from Russia. Hence Russia’s unwillingness to see Iran condemned and punished by the West according to the Iraqi or Libyan scenario.

Dmitry Babich is a political analyst at RIA Novosti.