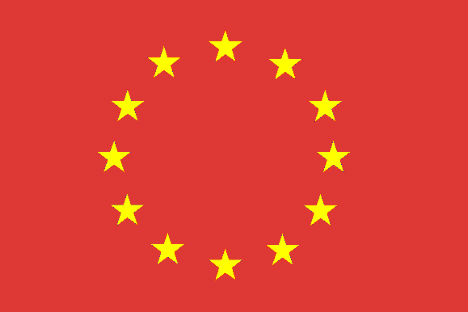 The obvious weakness and “inability” of the current EU leaders are seen in Russia as an insurmountable problem, and in China – as an opportunity to negotiate about future preferences.

The Higher School of Economics has hosted a round-table discussion titled: “Europe after the European Union: What’s Next?”. Such formulation of the question had initially assumed the presence of Eurosceptics among the participants.

The report, compiled by the head of the European Integration Department at the MGIMO, Olga Butorina, left no stone unturned in the assessment of prospects for EU integration. In short, things in the Old World are looking grim: from economy – financial forecasters predict the euro will not survive until Christmas, to politics – where national egoism is preventing the EU leaders from making coordinated decisions.

There is no sense in reiterating the numerous arguments, showing the European Union’s inability to, under the current leadership, overcome the crisis within the framework of the existing integration models. Experts predict that, at the current rate of development, the national debt of most EU member states will amount to 200-250% of the GDP in the next 20-25 years. And social problems – unemployment, pension fund deficits – will put another nail in the coffin of the so-called “European idea”, which has not been able to overcome the Europeans’ national egoism.

Round table participants see the future of Europe in the “reincarnation” of the European Union, but with new unifying content. Meanwhile, the old European idea has, according to experts, “completely failed”.

In this situation, does Russia need to hold on to the patient, who is “more likely to die than live”? Moscow has announced its readiness to provide assistance to the Old World, but with one exception – it will not be issued directly, but through the International Monetary Fund. At the same time, without giving up its European identity, Russia plans to create more dynamic relations with the Asian countries.

While we are taking quantum leaps East, away from the weakening Europe, China is expanding its presence in the West. China’s Central Bank is considering a possible increase of the euro share in its foreign exchange reserves. Beijing is not excluding the possibility of purchasing Eurobonds in the event they are issued, with “certain assurances” from the EU leadership. The Chinese are not yet publically talking about investing in the rescue of the Eurozone, but they are making diplomatic statements, addressed to the European Union, about the desire “to assist one-another”.

Why are problems, experienced by the EU, worry Russia but not China? Perhaps, the reason is historic memory. Opinion polls show: many Russians continue seeing Europe as an economic competitor – a hostile force, united under the NATO bloc. But the Chinese have a different perception of the Old World.

Strategically, the weakening of the EU meets the interests of both Russia and China. But our conclusions, drawn from this situation, differ. Moscow, while seeing its main economic partner grow weaker, looks to Asia with hope – whereas, Beijing sees the problems in Europe as a chance to lift its own economy. The guarantees that China will get from the EU in the event of its purchase of the Eurobonds have not been publically disclosed. But one could assume that technologies and a share in some of the Old World’s most innovative enterprises will be part of these guarantees. China, just like Russia, is interested in modernization. It sees investments in Europe as a step, providing an impetus to its own economy. The obvious weakness and “inability” of the current EU leaders are seen in Russia as in insurmountable problem, and in China – as an opportunity to negotiate about future preferences.

At the round-table discussion, most experts agreed about the inevitability of a gradual collapse of the Eurozone with a possible emergence of two, or even several, currencies, formation of a progressive European center with an economically underdeveloped periphery. Such development of events turns Russia and China into competitors in the struggle for the potential riches of the EU – technologies, real estate, enterprises. In this struggle, Russia has an advantage – the country’s geographic location and a shared cultural identity with Europe. It is important not to waste resources: the shift toward the already-formed Asian markets, which have long been divided, is a long process without any guaranteed outcomes. Meanwhile, Europe, which remains Moscow’s main trade partner, looks like a much more attractive platform for long-term investments. The only remaining question is whether or not members of the European Union, some of whom continue holding on to the negative “historic memory” of Russia, will agree to accept our money and what guarantees the EU will present as “insurance” for the provided assistance. Or, Europe could prefer having the “historically neutral” China as its creditor, rather than its closest neighbor.