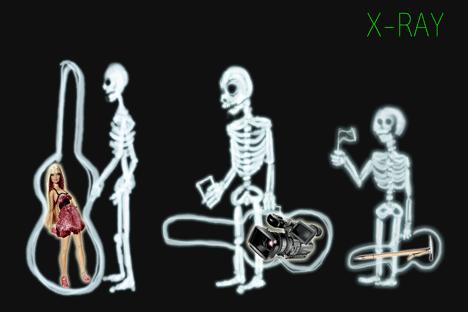 When you can’t fight stereotypes, you have to turn the situation upside down.

We have to face the facts: Many stereotypes are not stereotypes. They are facts. Or, exaggerated facts. Yes, we do drink vodka in Russia, but not from birth and not three times a day. Yes, it’s cold here, but our country is not a snow desert with rare centers of civilization. Yes, there are bears in Russia, but we don’t keep them as pets. During my conversations with foreigners, I have had to explain this so many times that I have developed a little set speech (actually, you just read it).

Recently I was at the Interra forum in Novosibirsk, the unofficial capital of Siberia. During the forum, there was a discussion called: “Stereotypes foreigners have about Siberia.” At first, we were confident that we should work to get rid of clichés. But after quickly cycling through what comes to mind when you think of Siberia (frost, fur hats, no electricity, Gulag) and even some exotic ones (Siberia is a separate country, not a Russian region) we came to a conclusion that most stereotypes are not worth fighting against. Rather, they should be either developed to an absurd end and laughed at or… exploited in favor of the region. Famous Russian TV host Alexander Gordon, who was moderating the discussion, suggested a contest for the best tourist slogan for Siberia.

There were a lot of witty versions. “Siberia: Our cryotechnologies will help you live forever;” “Siberia: Bitter frost, warm welcome.”

But the winner was “Siberia: Test yourself.” It’s short, it’s sleek, it includes all the stereotypes about Siberia being a tough land to live and it encourages people to visit the region! Though the target group for this slogan may be narrow (young adventurous guys and adrenaline-seekers), it seems to be what we need to promote this region of Russia. It turns all the depressing characteristics of the region into intriguing challenges for visitors. Trademark pending for approval. And actually it’s not that hard living in Siberia, it’s really fun and most of my friends for the region confirm it. So you can come to test yourself, but stay to enjoy yourself.

I’ve experienced some adventures in Siberia too. As "Russia Beyond the Headlines" was one of the informational sponsors of the event, I brought our advertising roll-up with me. Somehow the case for it was been lost by the organizers, and when leaving the city I was solemnly presented my roll-up… in a camouflage gun case. They couldn’t find a simple case of the appropriate size and ended up with such a solution. I sighed, considered how many times I would be stopped by police on my way home, and headed for the flight registration desk.

“What luggage do you carry?” asked a lady at the check-in. “Is it a gun there?”