Politics in Russia is reborn 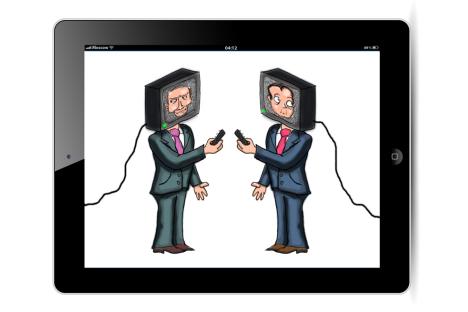 Rather than once again producing a rubber-stamp victory for the ruling party, Russia’s State Duma elections on Dec. 4 have revived the whole concept of politics in Russia.

As President Dmitry Medvedev and Prime Minister Vladimir Putin appeared on Russia's TV screens the night after the elections for the State Duma, their faces told the story. Tense smiles could not hide the disappointment of the country's two top leaders. United Russia, their party and the party of power, was massively snubbed by the Russian people. Its share of the national vote fell from nearly 64 percent during the previous elections in 2007 to around 50 percent – and this despite massive vote rigging carried out across the nation. Regional governors, local authorities and the police led the charge against opposition parties, election observers and journalists to no avail. What was even more embarrassing, United Russia’s support was lowest in Moscow, St. Petersburg and other major cities. If not for massive fraud, the party may have well ended third in the two capitals. In country where, to paraphrase, former U.S. House Speaker Thoma (Tip) O’Neill, “all politics is central,” this just added insult to injury.

On election night, I interviewed Andrei Vorobyov, the executive chairman of United Russia. He repeatedly refused to answer the question of how to explain the loss of nearly 15 percent of voter support. I felt a certain sympathy for Vorobyov – he and his colleagues were probably genuinely at a loss. As they should be. What we witnessed on Dec. 4 was a return of politics to Russia – when everyone thought it was nearly dead. There are several conclusions to be taken from this:

First, this election was a de facto referendum on United Russia’s decade in power. Even if we consider the official results accurate (which they are definitely not), a very serious signal was sent to the country's ruling class. It is not yet a message – different people voted against the dominant party for different reasons – but definitely a sign that the population is tired of United Russia’s  political monopoly and corruption associated with it.

Secondly, it is true that many in Russia still believe that the members of United Russia  play the role of the bad advisers at the court of the “good tsar,” Vladimir Putin. However, it is also clear that for a large number of people, this was a chance to show their dissatisfaction with Putin personally. In this respect, December’s vote can be seen as kind of a first round for the presidential elections scheduled for March 2012. Putin is widely expected to be elected to his third term in power, but the Duma election has a cast a shadow over this upcoming vote. If in the spring Putin wins in the kind of truly uncontested elections that the previous several presidential elections have been, he will lose even more credibility. He could have gambled and opened the field for genuine competition, but the restrictive laws on running for president ushered in by Putin and United Russia leaves very little time for a genuine challenger to materialize. This leaves Putin not only to face the growing dissatisfaction of the masses, but also an increasing disappointment with his ability to control the situation from inside the ruling class. Internal strife inside the Kremlin seems not very likely now, but this could change in the coming months.

Third, this was the last election in which state-controlled TV still played a decisive role. Internet penetration in Russia is growing massively. It grew from 32 million monthly users in 2008 to 50 million daily users today. By the time the next voting cycle begins, in 2016, it may well be close to 75 or 80 percent of voters who are accessing information online. Although 80 or 90 percent of Internet users surf the web in search of celebrity gossip, dating or bargains, the politically-minded citizenry now has a free platform in which to engage in debates and organize itself. Unmasking the vote-rigging would have been been impossible without smartphones, Facebook and Twitter. True, real politics is always about direct interaction with people. But this time, online activism made offline self-organization not only possible, but effective. This is why it is possible that the government will attempt to introduce restrictive legislating regarding the Internet – which is a development to watch in 2012.

This brings us to the fourth conclusion. This was the first Russian election in which Russia's nascent middle class – the self-sufficient, English-speaking, iPad juggling 30-somethings really went out to vote. This is the generation which benefitted most from the boom years of the first two terms of Vladimir Putin's presidency. During that time, lots of them ignored politics altogether; many supported Putin and United Russia. But now, the years of economic crisis, political stagnation and corruption has turned them off.  And they will never come back. For Putin and United Russia, losing the support – or earning the indifference – of Russia's future is not something to be shrugged off.

Finally, the more the authorities resort to strong-arm tactics. the more opposition they will produce. With politics back on their minds, Russians still see too few real alternatives. There are no credible political forces on the center-right, there is no one to cheer for the approximately 30 percent of the electorate that identifies as moderate nationalist. Such an exclusion is fertile ground for populists and demagogues. The biggest danger for Russia now is the potentially dangerous void that could suddenly open if steps to modernize and free Russia's obsolete and inefficient political system are not taken soon.