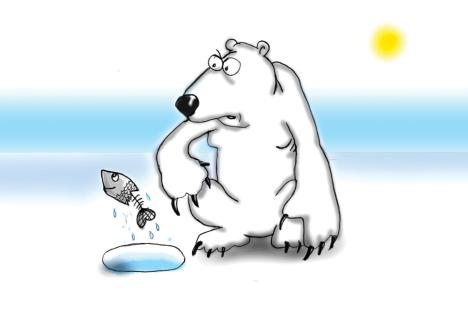 The results of Russia’s State Duma elections will be finalized only in the morning, but it’s already clear that for the first time since 2003, United Russia did not receive the majority of the popular vote. That doesn’t mean that United Russia won’t have the majority of seats in the State Duma; the biggest party in Russia traditionally profits from the votes cast for smaller parties that didn’t win enough votes to get into the Duma. However, psychologically what happened is of course an important turning point in Russia’s domestic politics. The period of United Russia’s absolute domination – which began with the Duma vote of 2003 – seems to be at an end.

Before the elections, think tanks predicted a certain fall in the electorate’s sympathy for United Russia, but none of them put the vote for United Russia as low as 48 percent. The Levada Center, traditionally viewed as close to the opposition, predicted one week out that United Russia would receive 53 percent of the vote. VTsIOM, which is considered closer to the authorities, gave the same figures. The preliminary results mean that the Russian electorate is still capable of producing surprises. Despite a few scandals, it seems that there were few incidences of fraud or vote-rigging, since the results of the exit polls do not differ much from the initial results provided by the Central Election Commission.

“I don’t think the authorities would dare to make the final result [for United Russia] much higher than the one provided by the sociologists, since this would drastically reduce the people’s trust in the state,” said Alexei Grazhdankin, deputy director of the Levada Center.

United Russia’s poor performance can be explained by economics. In 2007, when the last elections were held, the country was prospering. But the effects of the global financial crisis on the Russian economy do not tell the whole story. People are also disillusioned by unpopular reforms in education and healthcare. Economists agree that Medvedev’s term in office was a decisive in terms of dismantling the last remnants of the Soviet social system. So, Russians were put out with the ruling party not only because of the deteriorating economy, but also because of some government policies that were not properly explained.

Foreign policy played a marginal role in the elections. Ordinary voters seem to be more concerned with the military reform or with their own income than with the country’s place in the world and spending on the international stage. A relatively successful war with Georgia in 2008 as well as recent successes in integration among former Soviet republics, are viewed as successes, but insignificant ones in the bigger picture.

The biggest intrigue of these election, however, is how the other parties fared. Political scientist Stanislav Belkovsky thinks that many Russians simply sat the election out. Belkovsky views this electorate as a potential electoral base for a “national democratic” party, which has not yet been registered and remains in the making. Alexei Navalny and Vladimir Milov are viewed as potential leaders of such a movement, according to Belkovsky. Whether this project is feasible and whether it won’t degenerate into plain xenophobic nationalism remains to be seen.