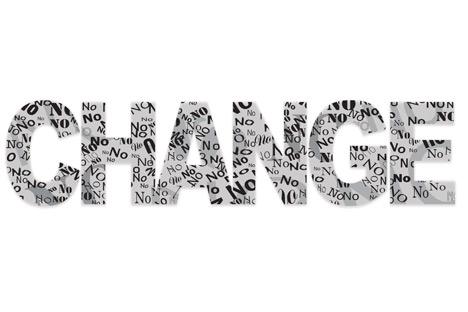 While people in the streets at first glance seems to indicate a movement for political change, it may only indicate how easy it is to organize large groups using the Internet.

At first glance, the street protests in Russia following the parliamentary elections on Dec. 4 might seem in line with similar demonstrations elsewhere in recent years.

But while many commentators maintain that mobile phones and social networks such as Facebook have made it easier than ever to mobilize people and organize protests a lá the events in Iran in 2009, the Arab Spring and the global Occupy Wall Street movement, profound differences between the grievances and political systems in various countries and regions mean these protests have far less in common than usually thought.

Despite massive popular anger against bankers and politicians and the many complaints about the lack of democracy in the West, for example, no real mass movement or party has appeared in the U.S. or Europe, where the Tea Party and the Pirate Party remain fringe groups. And despite extensive media coverage, over 99 percent of the much-vaunted 99 percent are nowhere to be seen at the Occupy Wall Street protests.

On Sunday, Nov. 27, exactly one week before Russia’s parliamentary elections, Baden-Württemberg in south Germany held a referendum on whether to build a new underground railway station in the state capital Stuttgart. But the referendum was a failure in terms of political action. The protests against the proposed train station had received constant coverage in the national and regional news for years - and yet voter turnout was just 48 percent.

The issues in Baden-Württemberg echoed those in the wrangles over the proposed new ring road outside Moscow, which would cut through the pristine Khimki forest. Many people were against the possible, some would say inevitable, environmental damage, and these protesters comprise the usual mix of concerned citizens, greens, eco-freaks and anti-capitalists. In Baden-Württemberg, the university towns in the state voted against the proposed station, and many vowed to continue their protests – despite a majority vote for the construction to go ahead.

Mostly well-off middle-class residents in the state capital Stuttgart, on the other hand, simple resented the inconvenience of living next to a building site for the next five years.

Germany epitomizes the global “cognitive dissonance” between a near-universal desire for job prospects, security and a better life, and the equally universal animus against the science, technology, progress and capitalism that produce those benefits.

It is ironic that Germany, the mainstay of the threatened euro, is at the same time putting at risk its own economy and competitiveness by embracing policies that gain wide support, but which often lack economic and scientific rational and cannot solve the underlying problems.

Most German observers agree that Chancellor Angela Merkel’s rush to declare that Germany would scrap nuclear power in the wake of Fukushima had nothing to do with nuclear safety, and everything to do with political gain. Her move was a political master stroke since she not only undermined one of the main planks of the opposition Green party, but arguably robbed them of their identity as well.

The U.S. underwent a similar phase of cognitive dissonance last year during the oil spill in the Gulf of Mexico, when grandstanding by politicians might have played well with voters appalled at the relatively minor environmental damage, but failed utterly to address, let alone solve America’s underlying energy problems.

The lesson in the West is that getting a few thousand people out on to the streets to protest is one thing, but developing the organizational structures needed to channel discontent and effect change, quite another. Especially when, as in the case of the Zuccotti Park protestors, they explicitly eschew hierarchy, agenda and policies.

In Russia, as in other semi-authoritarian countries, democracy is by definition at a much greater premium than in Europe and North America. On the same day as the referendum in Baden-Württemberg, the United Russia party showed itself to be more akin to an acclamatory organ than a genuine political party by voting unanimously for Vladimir Putin as its candidate for the presidency in the March 2012 elections – a better result than even the 99 percent formerly achieved under Soviet elections.

In the run-up to Sunday’s vote, other political parties did appear on television, but they received nowhere near the coverage they enjoyed in the 1990s. Accusations were rife that the “party of power” and the Kremlin were using various underhand techniques and would resort to ballot stuffing on the day to win the election.

But like people in other countries, Russians have found other outlets for their feelings. Russia recently took over the number one spot from Germany as the country with the biggest number of Internet users in Europe, and the Russian blogosphere is nothing if not lively, although nuggets of real insight are usually swamped by ad hominem attacks and junk education.

In the past, some analysts have argued that the Kremlin has been able to deflect such criticism away from itself and downwards towards lower levels in the hierarchy, but a glance at the Russian blogosphere shows this is by no means the case. Last week, for instance, journalists from the television channel NTV, which is controlled by Gazprom, burst into the studio of Golos, an independent election monitor, and began asking questions about foreign funding after Vladimir Putin recently resurrected this old ploy to undermine opponents.

But in response, the Golos people recorded the incident on mobile phones and kept repeating that “you are Surkov’s propaganda,” referring to Vladislav Surkov, President Dmitry Medvedev’s deputy chief of staff. The uploaded footage went viral in Russia, where the authorities seem stuck in a primitive Soviet mentality that the people will swallow anything and fail to understand how they undermine their own credibility.

Against the background of alleged vote-rigging, the results of Sunday’s parliamentary elections, growing discontent with the economy and just plain boredom with the same old faces, this week’s protests come as no big surprise – many hopefuls in the opposition had long been forecasting such developments. Protestors in Russia thus have a more specific agenda addressing more specific grievances than their counterparts in Western Europe and the U.S.

But the situation is nevertheless paradoxical. People can communicate like never before, are angry, dissatisfied and worried about their future, but outside the Arab world, major grass roots change is hampered by the lack of real, mass mobilization.

At the same time, politicians, including in Russia, contribute to the democratic deficit by simultaneously grandstanding while failing to develop and communicate new ideas and solutions in a rapidly changing world faced with a monumental economic crisis. Politics everywhere, it seems, no longer offers “proactive” leadership from the front, but rather reacts to the population as if it were a huge focus group.

Is the sad conclusion that people really do get the government they deserve?

It is worth recalling that the word “idiot” comes from ancient Greek. In Athens it was applied to people who did not take part in public affairs.