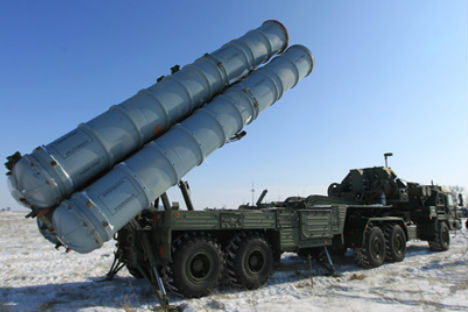 The modernization of the Russian military is moving full  speed ahead, the aim being to supply the army and the navy with 30% new equipment, and by 2020, to achieve 70% new hardware for the general armed forces, and 80% for the  country’s nuclear forces. The fulfillment of the huge task has already begun, and a new step in that direction will be taken in 2012, says Victor Litovkin, senior editor of The Independent Military Review.

“1 in 5 rubles will be allocated to the nuclear-missile complex since it is  the most expensive and technologically complicated vital weapon, capable of containing and repulsing any aggressor. The  remaining money will be  used to buy surface ships submarines, planes, air defense systems and rapid reaction tactical missile complexes like "Iskander", Victor Litovkin said.

The army and navy are being beefed up with new warplanes and air defense systems. They should get  60 new upgraded air defense equipment units, including the S-400, radar complexes “Nebo-u” and missile complex “Panshir-S”. The air force should receive about 90 new and modified warplanes and copters, says Litovkin.

“The air force should get many jets, attack planes and helicopters, as well as the Su-30, Mig 28 and Su-34. Air defense missile complexes will also be supplied to the air force,” said Litovkin.

The Su-34 bomber will undoubtedly strengthen the air force. In flight and combat characteristics, the plane is similar to a long haul plane. It cabn fly from Moscow to Vladivostok with two in-flight refuelings, and the pilots will not be tired since they can call on the auto-pilot to take over.

Apart from the buying of military hardware, the Russian budget for next year also makes provision for research and  a continuation of  earlier programmes. Next year, Russia will begin the construction of a number of submarines at the “Sevmash”ship yard, as well as embark on a three-day programme of completing the equipping of the servicemen of the armoured rifle unit.