Voting to spite everyone 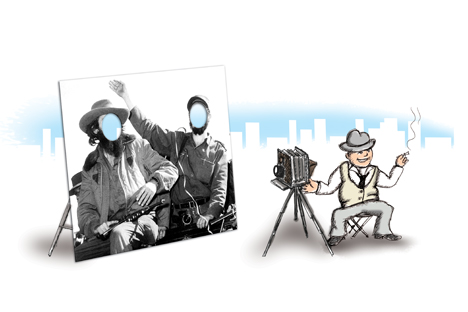 At the moment, when the opposition in Russia is still a bunch of disparate groups, the authorities could diffuse the growing political unrest by engaging the discontented parts of society in dialogue and showing them that their opinions matter.

The outcome of the recent State Duma elections has disappointed the part of society called “Internet Russia,” as distinguished from the part called “Television Russia.” Many progressive-minded, educated and well-informed people felt insulted by the evidence of vote-rigging reported on the Russian Internet even on voting day, Dec. 4. The authorities dismissed these reports as false and explained that the videos showing people stuffing ballot boxes were contrived, shot at fake polling stations or even rented apartments, hardly the most brilliant propaganda ploy under the circumstances. The information, including that coming from observers at the elections, obviously calls for a somewhat different reaction and at least a show of public flogging of the culprits and a show investigation into what happened.

Particularly outrageous were the cases of electoral fraud in Moscow and St. Petersburg, where, unlike in many other regions, the gap between the exit poll results and the final returns was about 15 percent. The difference went to United Russia.

Yet the protests against such elections were a) totally unorganized, and b) not joined by the three opposition parties that got into parliament, though initially they also complained about electoral fraud. During the first two days of spontaneous protests in Moscow and St. Petersburg, several hundred people were detained and the leaders of the riots, such as hardline opposition activist Ilya Yashin and famous anti-corruption blogger Alexey Navalny, were sentenced to 15 days detention.

What are the chances of the discontent spreading? This time around, they seem to be minimal. And the reason is not only that it is winter in Russia and few people would be keen to go to rallies unless a life-or-death issue were at stake. So far, we are looking at a growing-but-not-yet-articulated irritation with the behavior of those among the ruling elite associated with the United Russia party.

The party made several gross miscalculations in its election campaign and failed to structure it in such a way as to react to the more acute issues that inevitably arise in any country in times of economic difficulty. Nor did it declare forcefully enough its commitment to fight corruption, which is the most common accusation leveled at the ruling bureaucracy. And finally, some of the more glaring irregularities that occurred in the final stages of campaigning could have been avoided. If it had run a more effective campaign, United Russia could have won a majority of votes anyway, a majority that would have meant “an outright victory” by European standards. All the more so since the opposition failed to come up with any catchy slogans or field a single colorful new personality; their programs were muddled and their representatives in the debates just went through the motions because they themselves did not believe they could win. The increased number of votes cast for the opposition parties is not due to their own merits but to the wish of the voters, fed up with United Russia, to vote to spite it.

But revolutions never grow out of protest votes against some other party. Still less are they likely to be triggered by the actions of a motley crowd of nationalists, anarchists, students, journalists and just people who like to be in the spotlight. The anti-establishment opposition has failed to produce any charismatic leader who would suit a significant number of disenchanted people. The lack of such a leader works against unity of the representatives of a society that has long been afflicted by political apathy, while “horizontal” unity has never been its forte, to put it mildly.

Finally, there is one more circumstance relating purely to demographics. Russia’s population is older than, for example, those of the Arab countries who recently stunned the world with “the Arab Spring.” The average age in Egypt is a little over 20, whereas that in Russia is close to 40. People at 40 have no appetite for street riots. Besides, the young generation in Russia today has vastly better opportunities than their peers in the poor Middle East countries such as Egypt, Syria or Yemen.

There is another lesson that the authorities should learn: Sooner rather than later, they must reach out to the discontented segments of society and engage them in dialogue. Otherwise, an odd situation will arise in which the young and educated generation will vote  just to spite United Russia and the Communists, professing their love for Stalin and his methods of ruling the country, will benefit. If they had their way, “the Internet Russia” would disappear. To say nothing of any contested elections.