Sorting out the reset 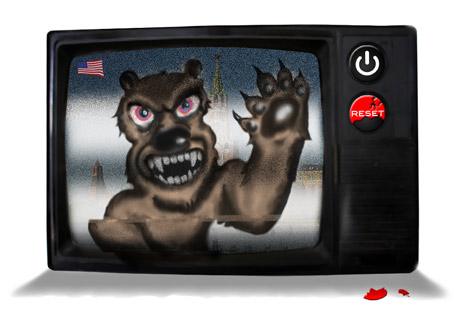 Andranik Migranyan, the director for the Institute for Democracy and Cooperation, talks about the thorny issues of U.S.-Russia reset.

Recently, President Barack Obama’s administration has had its fair share of criticism on the subject of the Reset with the Russian Federation. Accusations that Russia has not upheld its part of the deal by putting more pressure on Iran are rampant, and there is speculation that the Reset policy was misguided. But I would like to offer the readers a few comments to clear apparent misconceptions on Russian policy and the overall state of the Reset with Washington.

The first point is that we have to take the Russian stance on Iran as a given: The Russian Federation has repeatedly stated its position that it is against Iran acquiring a nuclear weapon. Russia supports the use of nuclear energy for civil purposes, which is why it engaged in the Six-Party Talks with Iran to help it realize its ambition for peaceful nuclear energy use. The Russian position on Iran is unchanged: that Iran’s obtaining of nuclear weapons goes against Russian policy in the region. Russia opposes further sanctions against Iran based on precedent: it didn’t veto the sanctions against Libya, but those snowballed into regime change with unclear consequences and factional civil war in the country. And Libya only followed in the footsteps of Iraq and Serbia when sanctions led to regime change. When it comes to Iran, Russia doesn’t want to risk having a newly unstable state on its borders with all of the uncertainty and civil war potential that a new regime implies. Where is the guarantee that we won’t get an even worse crisis on our borders if we impose more sanctions?

Second, efforts to portray the Reset as some sort of favor to Russia and the START as a gift by the United States are misguided. These signaled a normalization of relations that had nearly disintegrated under the Bush administration. If Republicans have a problem with the Obama administration’s push for START, it isn’t because of the Reset with Russia. Upon my speaking with the most prominent opponent of START in the U.S. Congress, Senator Kyle, he affirmed that opposition to START was because he wanted the Obama administration to allot more money for modernization of the U.S. nuclear arsenal, not because he opposed improved relations with Russia. Russian cooperation with the United States on Iran and Afghanistan is a principled position, not a quid pro quo item to be traded in return for START, which is merely a continuity of U.S.-Russian bilateral commitment to nuclear weapons’ reduction.

If someone is unhappy with the Reset policy, I would like them to propose an alternative: the U.S. troop withdrawal from the Middle East will jump-start an even bigger turmoil in Afghanistan, Iraq and Pakistan; all the while the Iranian threat of nuclear weapon acquisition running in the background. The sooner American policy analysts accept that this is beneficial for both sides, the better. It is wishful thinking that Americans can somehow punish Russia by withholding cooperation, as the United States would be the only one punished in such a scenario.

As concerns the United States’ plans to deploy anti-missile defense elements in Europe, the Obama administration hasn’t halted the plans — it merely rearranged them as to deploy anti-missile elements on vessels around Spain and in Romania and Turkey, instead of on Polish and Czech territory. Turkey is even closer to the Russian borders than the Czech Republic is, and our analysts still believe the U.S. anti-missile shield is aimed at countering our nuclear deterrent. NATO has to date refused to present Russia with written guarantees that the missile shield wouldn’t threaten us. So there has been little to no reset there, and the Obama administration certainly hasn’t made a compromise to reassure Russia: thus accusations of wasted U.S. goodwill are baseless.

The last point ostensibly spoiling the U.S.-Russian relationship for which Obama is being attacked is the situation following the war with Georgia. It is noteworthy that the secessionist regions of Abkhazia and South Ossetia have themselves placed their territory under Russian protection, and have never had any desire (much less de facto belonging) to Georgia. The regions were placed in Georgian borders under the Stalin Constitution of the USSR, but even before the collapse of the Soviet Union, they voted for their independence from Georgia. Two successive Georgian presidents then waged war on the regions to no avail.

The end of the Russia-Georgia War and the peace agreement between President Nicolas Sarkozy of France and President Dmitry Medvedev specified the withdrawal of Russian troops from the territories before they were declared (and recognized by Russia) as independent. Their newly minted independence began with treaties, between Russia on the one hand and Abkhazia and South Ossetia on the other, that Russia would provide troops for protection. The Russian troops are stationed there by the power of the same type of agreement that legitimizes NATO troops in Kosovo. Following the precedent of Kosovo, there’s little reason to state that “Russia is occupying Georgian territory,” particularly after a war that Tbilisi unilaterally provoked on its own supposed people that now have no incentive to want a return within Georgian borders. Thus, wishful thinking in Washington notwithstanding, the Obama team can hardly be faulted for regional ethnic policy over which they have no control.

Andranik Migranyan is director of the Institute for Democracy and Cooperation.