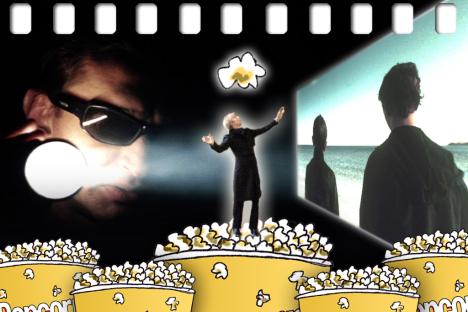 Nora FitzGerald outlines the modern trends of the Russian movie-industry for the last decade.

The past decade was an exciting time for film, and a complete reversal for some directors from the chaotic madness of the 1990s, when most theaters were shuttered and there was nowhere to show a good film when one happened to be made.

In contrast, the 2000s saw a resurgence of art-house film in the tradition of the master, Andrei Tarkovsky. Directors felt the love of state support, even for alternative film. Irina Pavlova, renowned film critic and program director of the Moscow film festival, said that many art-house films are creating a buzz in Russia. “In larger cities they are released in theaters. Smaller towns and rural areas typically gain access to them through the Internet. There is a buzz preceding an anticipated art-house project – people share their impressions on social networks and recommend certain films.”

There was also terrific commercial successes with the invention of the homegrown Russian blockbuster (Nightwatch) and the construction of thousands of theaters countrywide. The nagging problem, directors say, is the continued bureaucracy and overweening involvement of the state.

Whatever stagnation may go on in the institutions, there is no lack of creativity on location, from the great masters like Alexander Sokurov, to new director Slava Ross, who spent a decade filming his most recent film in Siberia. Russian directors often dominate the festival circuits, and this year, Sokurov finally won the Golden Lion at the Venice Film Festival.

America’s ubiquitous critic Roger Ebert called Russian Ark “one of the most astonishing films ever made.” An eccentric French aristocrat walks the grand halls of the State Hermitage Museum, encountering eminent historical figures as he goes. Remarkably, the film shows off 33 rooms to the melodies of three orchestras, with 2,000 actors milling about. Russian Ark is the only film ever created in one single take and one long continuous shot. A must-see for any film student. Take a snow day, get cozy and enter this magical history tour.

This hauntingly beautiful film focuses in on the echoes of heartbreak in one family. Directed by Andrei Zyagintsev, the film was universally acclaimed for its cinematography and psychological depth. The Return, a William Kennedy-style story, explores the relationships and ensuing tragedy when a Dad tries to make amends and come home to his children. The Return won the Golden Lion at the Venice Film Festival.

The first of the homegrown Russian blockbusters after the collapse of the Soviet film industry, the fantasy thriller spawned a new genre somewhere between The Matrix and Twilight. Part one of a trilogy, it is based on the novel by Sergei Lukyanenko, a psychiatrist. The film has an international cult following. Nightwatch has catapulted its director, Timur Bekmambetov, into the limelight, and he is now sought after in Hollywood.

Filmed on the lonely, harshly beautiful shores of the White Sea, the movie patiently films the tortured solitude of Anatoly. A monk who served aboard a barge during World War II, he was captured by Germans and coerced into shooting his captain to save his own life. This act pushes him to the brink of insanity, but it does not stop him from playing the edgy prankster and an oracle to local villagers. A story of a wise fool healer atoning for a wartime crime, “The Island” asks the favorite Russian question: Who is guilty? And to that, it adds another: How can we be redeemed? Pavel Lungin directed this meditation on spirituality. Lungin is also the director of “Taxi Blues,” an acclaimed film that helped set the stage for great post-Soviet directors.

A sequel to arguably the most beloved Soviet comedy, “Irony of Fate,” this film was created on the 30th anniversary of the original, which involves a magical night between two strangers, a night that starts with a drunken mix-up that is also a comment on how all Soviet architecture and cities began to look the same. In the sequel, their children try to revisit the past, and they find more than notsalgia. It isn’t wise to watch the sequel without first watching its precursor, a film that is shown every New Year’s Eve on television in Russia and features songs that offer a peek into the Russian psyche. Another film by stand-out director Timur Bekmambetov. Polish film star Barbara Brylska became an international sensation in the original, and appears again in the sequel.

This film crossed the contintental divide and appeared in U.S. theaters under the title “Hipsters.” A wonderful jazz film, it portrays young, hip Russian communists in the 1950s trying to set their own spirits free to the beat. It is a Soviet sub-culture virtually unknown to Western audiences. The film managed to be an indie hit, a musical and cult film in the United States all at once. Actor Maxim Matveev’s career took off after this film, and he appeared subsequently in “I Won’t Say” (2010).

Nora FitzGerald was the Moscow correspondent for ARTnews and is a guest editor for RN.