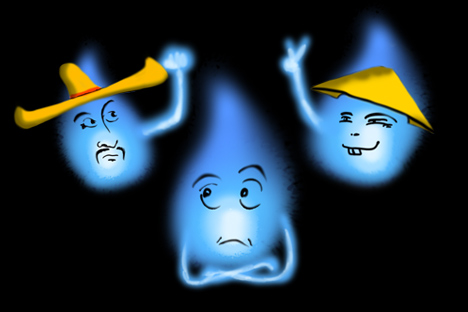 As rising political risk spooks investors in Russia following the Dec. 4 parliamentary elections, recent developments in other countries and continents show that the country’s entire business model has become even more precarious than generally assumed by experts.

South Africa has the world’s fifth-largest deposits of shale gas, PetroChina announced major finds of shale gas in Sichuan province just days after Russia’s election, and Argentina could be on the verge of a boom in both shale gas and oil after a second potentially huge discovery. Further exploration is underway in all three countries and elsewhere, and plentiful reserves also exist in Australia, Austria and India.

Conventional oil and gas reserves are declining in the advanced economies of Western Europe, or are concentrated in politically unstable regions like the Middle East. But if, as some experts maintain, recovery rates from shale deposits eventually double or even quadruple from the current level of just 4 percent to 8 percent or even 16 percent, global reserves will balloon to enormous proportions – with enormous implications for global energy security and energy-exporting countries such as Russia, Turkmenistan, Kazakhstan, Venezuela, Iran, Iraq and Saudi Arabia.

So it’s no wonder that officials from Russian gas giant Gazprom have been rather skittish on shale gas, trying to downplay its potential impact: Russia has around one-third of the world’s conventional gas reserves and exports mostly to Europe, which has large shale deposits.

The existence of shale gas has been known for years, but extracting the tiny bubbles of oil or gas trapped in rock was difficult and expensive, especially at lower depths. But fracking, a new technique that involves forcing liquids into shale rock at high pressure to break it apart and allow the trapped gas to be captured, has transformed the U.S. energy industry in recent years, not only driving down natural gas prices, but increasing American energy reserves by decades and enabling the country to switch from being a major importer of gas to an exporter in the near future.

The obviously conclusion is that other countries with plentiful domestic reserves will also have far less need of energy imports, although this could be balanced by rising energy demand, even if, as many experts argue, the development of shale gas in Europe and Asia will be much slower than in the U.S. due to tighter regulation and the environmental concerns arising from fracking. The threats from the process include earthquakes from drilling and the potential contamination of ground water. And while natural gas emits less CO2 than oil and coal, it nevertheless emits more than renewable energy sources and nuclear power. Some researchers even argue that shale gas is actually dirtier than coal.

Additionally, Europe and Asia are much more densely populated than the U.S., so popular opposition to fracking could be much greater than in the United States. France, for example,  has already banned fracking, but Poland, which has plentiful reserves, is pushing ahead to reduce its dependence on Russian gas.

The world remains very uncertain about energy policy and it is still too early to assess the effect the development of shale gas may have on global energy security, domestic politics and foreign policy and the global economy. But despite the accusations of hype regarding shale, the American experience has shown that it is potentially transformational, opening up the promise of domestically produced energy for decades to come.

The Kremlin’s stubborn refusal since 2000 to diversify the economy away from energy could well come home to roost far sooner than anyone in Russia expects.