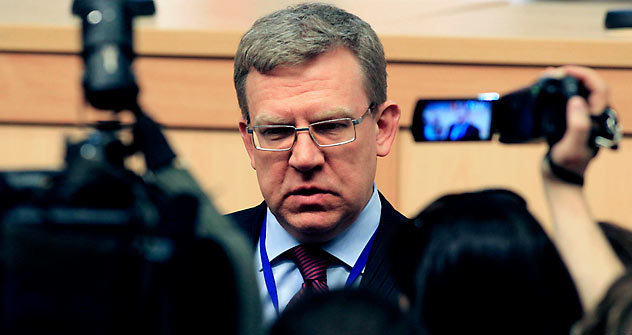 The former finance minister hopes to consolidate the opposition, but many still see him loyal to Putin and Mikhail Prokhorov remains on the fence about Kudrin’s endeavor.

Former Russian Finance Minister Alexei Kudrin has said that he is ready to take part in launching a new liberal political party.

While Kudrin did not say that the party was in response to the wave of the popular discontent with the results of the Duma elections, he implied that he would work towards consolidating the liberal and democratic forces that have been active in the post-election protests. Kudrin said he had already contacted Mikhail Prokhorov, the one-time leader of the liberal pro-business Right Cause party.

Kudrin indicated earlier this year that he was interested in entering politics, and sources in the Kremlin confirmed that Kudrin was one of the candidates suggested to head the revived Right Cause party earlier this year. According to Kudrin himself, President Dmitry Medvedev suggested he lead Right Cause, but Prime Minister Vladimir Putin instead suggested he could have a high post in the next government, even as high as prime minister. Kudrin said his decision not to take on Right Cause was influenced by his mistrust of the project, which he thought was artificial and totally dependent on the Kremlin. Prokhorov went on to be named head of Right Cause for a brief time.

Prokhorov refused to give comment on the negotiations with Kudrin, although according to his spokesperson, Prokhorov was not planning to create a party with him.

Other sources close to the Kremlin and familiar with Kudrin are convinced that the new party is his own political project. After Kudrin resigned, he was inspired by the support he received from former colleagues and the expert community and began thinking in earnest about a liberal political movement, but later cooled off on the idea, according to a source close to the Kremlin.

Another source close to the presidential administration said that Kudrin had not abandoned the idea of going into politics. According to this source, Kudrin is part of the system and has liberal values and government experience; and his party could provide Putin a loyal, but not pocket, opposition in the new political environment.

Other sources said that neither the Kremlin nor the presidential administration have a clear answer as to what to do about the swelling sentiment of protest. The political system may be developing faster and more unexpectedly than we think, said the former leader of the Union of the Right Forces, Kirov Region Governor Nikita Belykh, in reference to last weekend’s protests. Kudrin is on a very short list of politicians who are capable of consolidating the liberal and passionate social strata, according to Belykh; it makes sense to use him to establish a constructive platform that is based on the energy of the crowds.

Political scientist Mikhail Vinogradov believes that the current protests are much wider in scope than simply demanding that the Duma election results be canceled; rather, they are an anti-Putin parade. The rallies are unlikely to accept Kudrin in exchange for Putin’s return, he said. Vinogradov also noted that it would be difficult for Kudrin to create this new political movement quickly enough to take part in the March presidential elections.