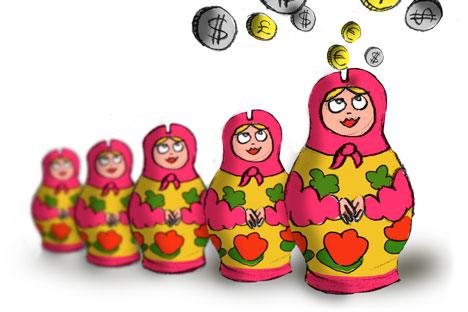 The accession of Russia into the WTO this week is a bright spot amid the gloom and doom surrounding the global economy.

Amid the darkness surrounding the European economy, a major bright spot this week is Russia’s formal accession into the World Trade Organization after 18 years of negotiations. While closer integration with the global trading system will bring economic benefits to Russia, some estimates claim that it will give the economy a boost equivalent to the value of 1 percent of GDP per year; the rest of the world also stands to gain.

Although the tariff rates for imported goods have been declining ever since Russia first began its transition to a market economy 20 years ago, WTO membership will further accelerate the process of trade liberalization. Tariffs on over 700 categories of products will be abolished or reduced, with the average import tariff rate expected to fall from 10 percent to 7 percent.

In the short term, this will hurt certain sectors of the Russian economy, particularly the uncompetitive light industrial and machine manufacturing sectors.  However, the reduction of tariff barriers will spur Russian companies to become more competitive internationally, as well as reduce prices for consumers.

While the market for goods is important, the real prize for foreign investors is access to the Russian service market – an area in which Russia lags significantly behind the rest of the world. Compliance with WTO rules will open up the market for a whole range of services, including legal services, insurance and telecoms. And although overall foreign participation in the banking system will be limited to 50 percent, 100 percent-foreign-owned banks will now be allowed to open in Russia for the first time.

The arrival of this new market could partially offset declining demand in the EU.

For too long, Russia has been considered a risky place to invest, not least because of the perception that investment rules are prone to political interference. WTO membership will introduce an independent framework of rules, regulations and dispute resolution mechanisms that will be extremely difficult for Russian companies and the government to circumvent. Foreign companies will welcome the fact that their disputes will now be settled by an independent third-party body, rather than by the Russian courts.

WTO membership will also create an expectation among politicians and business leaders that reform is both expected and inevitable. Additionally, WTO rules should usher in a new era of transparency, as the Russian government will now be required to publish in advance all new legislation relating to goods, services and intellectual property rights. No longer will foreign investors be caught off guard by abrupt new rules and regulations.

While the reform of the Russian economy does not end here, WTO accession should help put an end to Russia’s undeserved reputation as an exotic yet risky investment destination. The opportunity is there for foreign service industries to invest and expand into a welcoming market; it could be one of the best opportunities of the decade.

Atanas Bostandjiev is the CEO of VTB Capital’s UK and International Division.