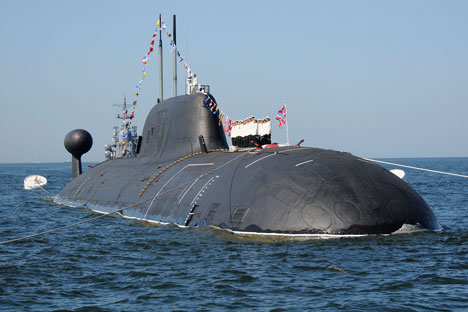 According to the agreement, the submarine, which is on a 10-year lease by the Indian navy, will be transported to India already by the end of December.

Nuclear powered submarines require special skills to operate compared to conventional diesel-powered submarines, which is why Indian navy staff have been training on the nuclear submarine for the past several months.

Prime Minister is not expected to conclude any defense agreement during his two-day visit to Russia but still the defense cooperation is expected to be one of the priority subjects during the talks between the two sides.

Despite India’s recent intentions to acquire defense platforms and equipment from the USA and Israel, Indo-Russian cooperation in the defense industry dates back to 1960s and Russia remains a major supplier of the defense hardware equipment to India.

India is also expected to sign an agreement to buy 40 more fly-by-wire Sukhoi 30 heavy combat jets from Russia in the near time.