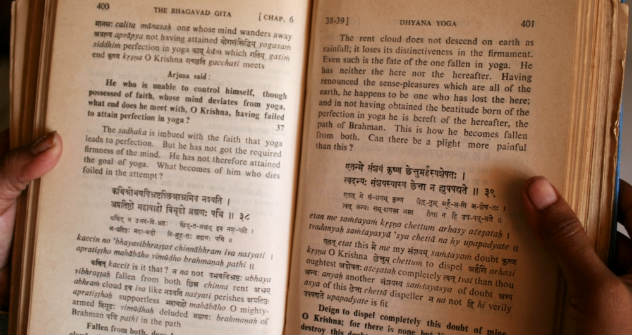 Following the uproar over an attempt to ban Swami Prabhupada’s translation and comments of Bhagavad Gita in the Siberian city of Tomsk, Russia has expressed regret over the situation.

Alexander M Kadakin, Russian Ambassador in India, made a statement, in which he called the initiative to take any holy scripture to the court “inadmissible”.

The Ambassador said: “Russia, as it is known to anyone, is a secular and democratic country where all religions enjoy equal respect. Even more applicable it is to the holy scriptures of various faiths - whether it is the Bible, the Holy Quran, Torah, Avesta and, of course, Bhagavad Gita -  the great source of wisdom for the people of India and the world.”

“It is not normal either when religious books are sent for examination to ignorant people”.

Mr. Kadakin added that “academic scrutiny should be done at scientists' fora, congresses, seminars, etc. but not in courts.”

Alexander Kadakin also said that “it is strange that such events are unfolding in the beautiful university city in Siberia, as Tomsk, which is famous for its secularism and religious tolerance.”

"Well, it seems that even the lovely city of Tomsk has its own neighbourhood madmen. It is sad indeed,” the Ambassador said in his statement.

“India has strongly taken up the issue of demand for banning Hindu scripture Bhagavad Gita, which a group linked to the Christian Orthodox Church has described as 'extremist', with the Russian authorities,” Indian Ambassador to Russia Ajai Malhotra said.

At the moment the court in Tomsk postponed its ruling on the petition banning Bhagavad Gita as “extremist” and allegedly “sowing” social-discord in Russia.