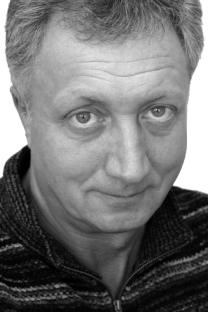 Ordinary Russians understand why civil servants do not want to disclose tax declarations.

On December 5, President Dmitry Medvedev signed a law that makes the rotation of civil servants mandatory. Under the new law, jobs are to be rotated every three to five years to stimulate more effective work and to combat corruption. The officials can be reappointed to other positions either in the same or in a different department.

The new salaries will be at least as high as in the previous jobs, and civil servants will also be compensated for the cost of moving house; if relocated to another city, housing will be provided.

Those who refuse to move to another position are liable to dismissal; exceptions will be made for staff who are unfit for reassignment on health grounds and those who have sick relatives to look after.

The Kremlin press service notes that the law was passed pursuant to the National Anti-Corruption Plan for 2010-2011. The same is true of the draft law that makes it legal to sack officials who have lost credibility, which recently passed its second reading.

However, sacking a civil servant is already easy. The Law “On Public Civil Service” and the Labour Code lists many grounds on which this can be done, including being under-qualified; frequent dereliction of duty (or gross violation) without a valid reason; disclosing state secrets; embezzlement; presenting fake documents or data when being hired or taking unreasonable decisions.

Officials can also be fired for loss of credibility, but only if they are involved in handling money or goods and are proved in court to have performed “culpable actions” – and proving this is not always easy. Officials can come under suspicion if, for example, they obviously spend more than their official salary would allow. Mr Medvedev has proposed that civil servants suspected of corruption should be dismissed on the basis of investigation materials insufficient for bringing criminal charges. Misstating income data will also be grounds for dismissal.

Not only does the leadership not trust income declarations by its bureaucrats, but the general public trusts them even less. According to the Levada Centre, 80pc are convinced that bureaucrats declare far from everything and that the published figures are only the tip of the iceberg; ordinary Russians understand why civil servants do not want to disclose tax declarations and why they understate incomes. It’s widely held that a government job or a parliamentary seat  results in capital. According to the Levada Centre, around a quarter of respondents believe that holding a government position (24 percent) or a seat in parliament (26 percent) is lucrative. Many believe that not even pop stars (21 percent) and businessmen (15 percent) can match the income of some bureaucrats and deputies.

Loss of confidence in civil servants has become a feature of modern Russia. However, if everyone suspected of unlawfully profiting from their position was sacked, departments would quickly be eroded, and rotation would be no help whatsoever.