Crazy enough to change the culture 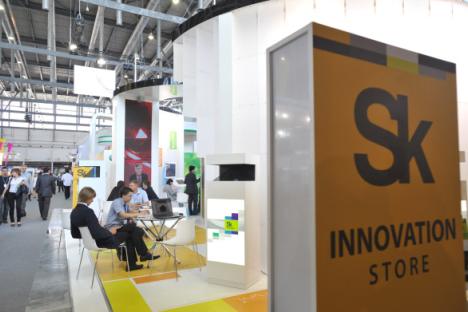 I’m often asked to summarise the core mission of the Skolkovo Institute of Technology. This requires only two words: changing culture.

Skolkovo is changing the academic culture in Russia by building a new graduate-level science institute, together with Massachusetts Institute of Technology. We believe it will be the first such institute in the world to integrate comprehensively education, research, innovation and entrepreneurship. Students may not choose to start their own company when they graduate but they will know how to.

Corporate culture is being changed, too. We’re educating large Russian firms about the value of conducting contract research at this new institute, teaching them how to work with venture capitalists and how to embrace innovation  as central to their success, if not their survival.

As for entrepreneurial culture – it’s easy to forget that not long ago, private enterprise in Russia was either illegal or strongly discouraged. It will take time to overcome this legacy and to let the innately creative Russian spirit flourish. Skolkovo is an accelerator in this transformation. By providing support, financing and preferences to startups, we hope to level the playing field. Our role is also to provide moral support to nervous young entrepreneurs who want to chase their dreams.

Finally, we are aiming to change the cultural understanding of wealth creation. Russian commerce has long been dominated by its physical reserves of oil, gas, metals and timber. An exclusive focus on material output dominated the Soviet era, with its famous five-year plans. Even today, virtually all of the top Russian business people made their fortunes through physical resources. But for Russia to compete in the global knowledge economy, it needs to shift gear, and Skolkovo can make this happen. We do this by educating about intellectual property (IP); by helping entrepreneurs and startups to create, defend and commercialise their IP; by providing early and highly visible successes in monetising Russian IP on the world stage, and finally by creating entirely new IP legal frameworks which can be applied across Russia.

In short, our task is to create the mechanisms to transmit Russia’s scientific and intellectual horsepower into globally competitive knowledge-based products and services.

Culture and mentality are probably the hardest things to change. But if you are successful, your impact will be significant. Large countries are  rather like supertankers: they don’t turn quickly, but move them just a few degrees in the right direction and you’ve changed their course.

Skolkovo has a number of advantages. The first is Russia’s rich scientific and technical base. In contrast, my previous assignment involved building a similar innovation city for Abu Dhabi, which has only 400,000 citizens and virtually no scientific resources. In the global race to a knowledge economy, Russia is well positioned. Second, starting later, Russia has second-mover advantage. We’ve studied innovation success and failure, and built what we’ve learnt into our model.

Third, in a break with Russian tradition, Skolkovo is an open platform for global co-operation in R&D. Closed science cities served their purpose, but the speed and scale of global interconnectivity dictates openness and collaboration.

So why do we do it? Steve Jobs summed it up best when he said: “Here’s to the crazy ones. Because the people who are crazy enough to think they can change the world are usually the ones who do.”

Steven Geiger is chief operating officer of the Skolkovo Foundation, the Russian government’s programme for innovation and technology.